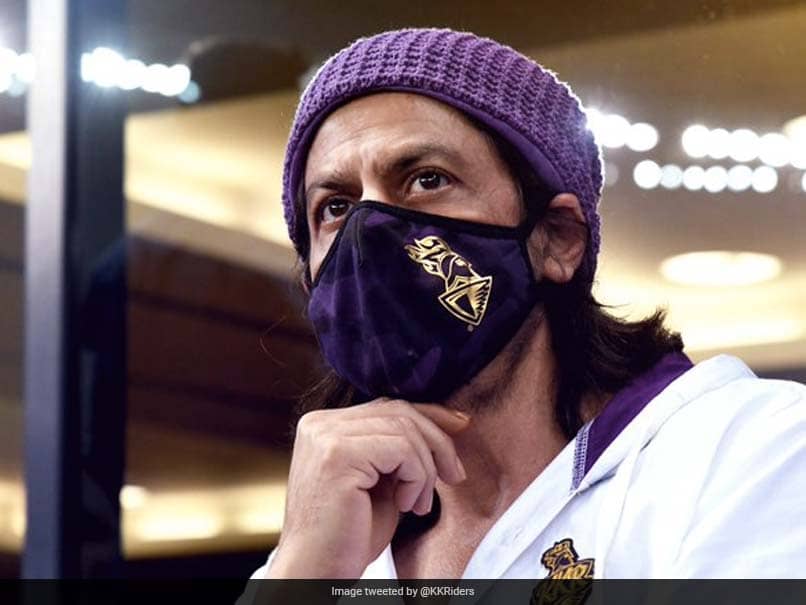 Kolkata Knight Riders (KKR) defeated Rajasthan Royals (RR) by 37 runs to register their second win in Indian Premier League (IPL) 2020. With the win, KKR climbed up to second place in the points table. Shah Rukh Khan, co-owner of the Kolkata-based franchise, was spotted cheering the team on from the stands at the Dubai International Stadium on Wednesday. After KKR's win, batting legend Sachin Tendulkar lavished praise on Shubman Gill, Eoin Morgan and Andre Russell for their contribution and had a special mention for young fast-bowler Kamlesh Nagarkoti. Replying to Tendulkar's tweet Shah Rukh Khan also expressed his happiness after watching his team's youngsters shine.

"Now anything I would say about @KKRiders & the boys will mean nothing. The great man has spoken. Just so happy to see all in the team propping up the youngsters & making it count. Love you boys lots of pyaar from a little afar," Shah Rukh Khan tweeted.

Now anything I would say about @KKRiders & the boys will mean nothing. The great man has spoken. Just so happy to see all in the team propping up the youngsters & making it count. Love you boys 'lots of pyaar from a little afar' https://t.co/T8irMiHJi8

In the match, Shubman Gill played an important knock of 47 and an unbeaten 34 from Eoin Morgan helped KKR post a competitive total of 174 for six.

Chasing 175 for the win, Rajasthan Royals got off to a poor start as they lost their skipper Steve Smith in the second over.

Pat Cummins accounted for Smith, who faced seven deliveries and could only score three runs.

In the fifth over, Shivam Mavi sent back the dangerous Sanju Samson as the wicketkeeper-batsman mistimed a pull shot straight into the hands of Sunil Narine.

Mavi struck again in his next over to send Jos Buttler packing for 21.

Tom Curran scored his maiden IPL fifty to reduce the deficit as Rajasthan Royals fell 37 runs short of the target.

Rajasthan next play Royal Challengers Bangalore in Abu Dhabi on Saturday while Kolkata Knight Riders will take on Delhi Capitals at the iconic Sharjah Cricket Ground.

Rajasthan Royals Shivam Mavi Kamlesh Nagarkoti Shubman Gill IPL 2020 Rajasthan Royals vs Kolkata Knight Riders, Match 12 Cricket
Get the latest updates on IPL 2020, check out the IPL Schedule for 2020 and Indian Premier League (IPL) Cricket live score . Like us on Facebook or follow us on Twitter for more sports updates. You can also download the NDTV Cricket app for Android or iOS.