IPL 2020: T Natarajan has passed on his IPL fortunes to his family and friends, helping lift them out of poverty and pursue their cricket teams. 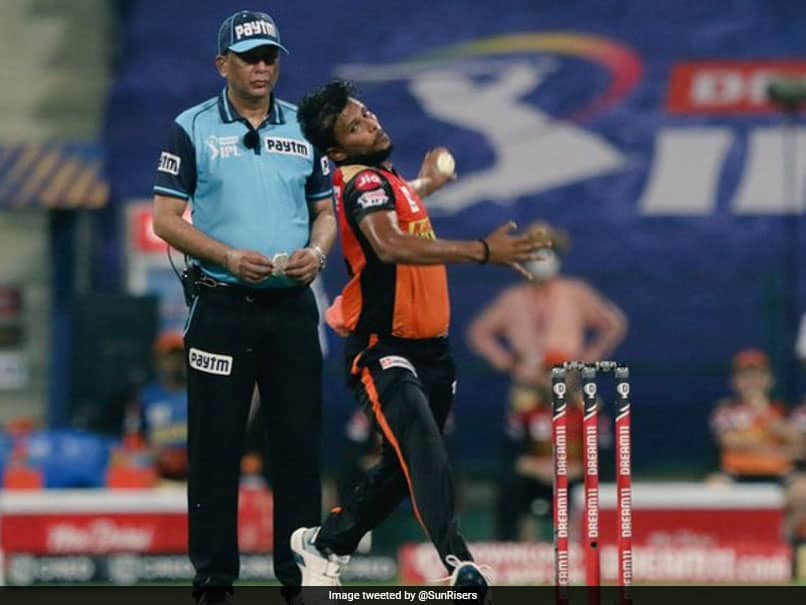 Breaking through the shackles of poverty by bowling pinpoint yorkers at will, Thangarasu Natarajan has done almost everything he could for his family, except for convincing his mother to give up selling chicken on the roadside. That she wouldn't as she feels it had helped the family survive the tough times, said Jayaprakash, Natarajan's mentor. The birth of Natarajan as a death bowling specialist had taken place a few years before the ongoing IPL, where he is rattling the best of batsmen with his yorkers, ball after ball. In the intervening period, he has managed to build his parents a house, give his sisters education, open an academy in his Chinnappampatti village in Tamil Nadu's Salem district and convince a teammate to not give up the game. All this while perfecting the art of bowling yorkers and carrying much of Tamil Nadu's pace bowling hopes on his shoulders.

"I am not surprised as he has worked very hard. He has gone through a lot. He has overcome injury problems, worked his way back into the state team and is now doing well when given an opportunity by SRH," Jayaprakash told PTI.

First picked by Kings XI Punjab for Rs 3 crore in 2017, Natarajan took three years to come of his age at the big stage, having proved expensive in the six games that he had played in the past. He was picked by Sunriesrs Hyderabad in 2018 but played his first game for them only this season.

In SRH's win over Delhi Capitals on Tuesday, Natarajan played his part by hurling a series of yorkers in the innings 14th and 18th over. His spell of 4-0-21-1 included the prize wicket of Australian big-hitter Marcus Stoinis.

That is not all, Natarajan has opened an academy in his village in an effort to provide the necessary facilities to youngsters, which he did not have. The 29-year old is also helping out many people who used to play with him and G Periyaswamy, who rose to prominence in last year's Tamil Nadu Premier League, is one of them.

"Natarajan continues to help a lot of young cricketers and those who played tennis ball cricket with him. He made sure that Periyaswamy who had given up hope of playing the game, came back by convincing his family that there was a future for him in cricket," Jayaprakash said.

Natarajan, who had issues over his action early in his career, also faced shoulder problems and worked his way back after struggling for some time.

Avinash Khandelwal, fielding coach of the Tamil Nadu team, said Natarajan has always been known to possess a superb yorker in the state's cricket circles.

"Yeah, Nattu works on his yorkers a lot. To bowl yorkers is not easy and to execute it under pressure is another thing. That is because he works on it. He does it regularly in events like TNPL and is now showing he can do it at the highest level," the Coimbatore-based Khandelwal said.

He also said Natarajan is doing a lot for young cricketers in his village. "He is an amazing guy. He has come up the hard way and never forgets his roots. He is still the same person for his friends in the village and is helping young cricketers there and most of them train for free."

Sunrisers Hyderabad IPL 2020
Get the latest updates on IPL 2020, check out the IPL Schedule for 2020 and Indian Premier League (IPL) Cricket live score . Like us on Facebook or follow us on Twitter for more sports updates. You can also download the NDTV Cricket app for Android or iOS.