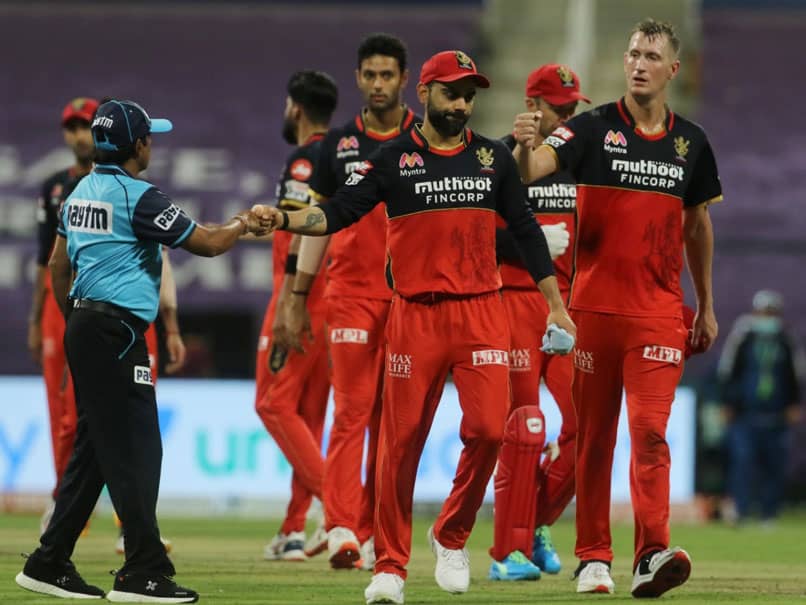 After suffering a five-wicket defeat against Mumbai Indians, Royal Challengers Bangalore skipper Virat Kohli credited the opponent bowlers and said Mumbai "bowled in good areas in the last 5 overs and stopped us (RCB) 20 runs short." Jasprit Bumrah's three-wicket haul helped MI to restrict RCB to 164/6 in the allotted twenty overs. Devdutt Padikkal scored 74 off 45 while Josh Phillippe scored 33 for RCB. Sent into bat first, RCB got off to a good start as openers Joshua Philippe and Devdutt Padikkal put on 54 runs inside the first six overs.

Both batsmen eventually put up an opening stand of 71 runs. The partnership was finally broken by Rahul Chahar in the eighth over as he had Philippe (33). Virat Kohli then joined Padikkal in the middle and the duo stitched together a brief 24-run stand.

In search of a wicket, Kieron Pollard brought Jasprit Bumrah into the attack and the pacer did not disappoint as he bounced out Kohli (9), reducing RCB to 95/2 in the 12th over.

AB de Villiers then joined Padikkal in the middle and both batsmen changed the tempo of the innings by playing big shots consistently. Both batsmen put together 36 runs for the third wicket, but Pollard provided the crucial breakthrough of de Villiers (15), reducing RCB to 131/3 in the 16th over.

In the very next over, Bumrah sent Shivam Dube (2) and the set batsman Padikkal (74) back to the pavilion, and this put RCB's innings in a spot of bother at 134/5 in the 17th over.

In the final overs, RCB kept on losing wickets at regular intervals and as a result the side was restricted to under the 165-run mark.

"It was a strange phase of batting (the last five overs of the RCB innings). Everything went to the fielders and these kind of things happen. They bowled in good areas in the last 5 overs and stopped us 20 runs short," Kohli said after the match.

Kohli said the bowlers kept them in the game till the 17th over but the side failed to get a breakthrough and ended up losing the game.

"We were in the game until the 17th over and that was a decent effort by our bowlers. It's basically up to the gut of the captain and the conditions, we thought Dale and Morris for the initial swing and Washy in the powerplay," Kohli said.

"We needed a few wickets there, but their batsmen did a good job. This is always going to happen - some teams peak early and some do better later.

"As we can see, the teams in the lower half are turning out some really good performances now. When it's a top-two clash, it will always be intense and in a competition like the IPL, you can't expect any team to back down and be blown away," he added.

With this win, Mumbai have almost cemented their place in the playoffs with 16 points in 12 games while RCB are at second spot with 14 points in 12 matches.

Virat Kohli IPL 2020 Mumbai Indians vs Royal Challengers Bangalore, Match 48 Cricket
Get the latest updates on IPL 2021, IPL Points Table , IPL Schedule 2021 , live score . Like us on Facebook or follow us on Twitter for more sports updates. You can also download the NDTV Cricket app for Android or iOS.