IPL 2020, CSK vs KKR: Ruturaj Gaikwad scored 72 off 53 deliveries in an innings comprising of six boundaries and two sixes. 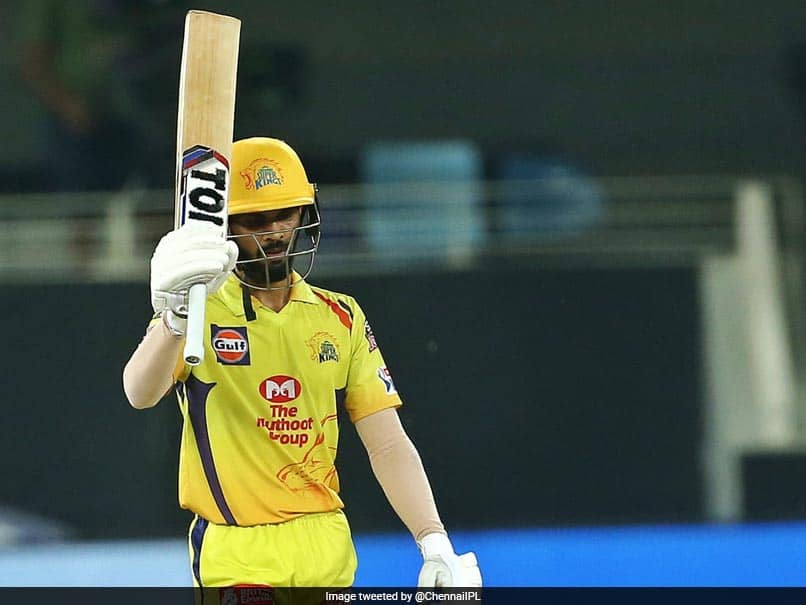 After registering a five-wicket win over Kolkata Knight Riders (KKR), Chennai Super Kings' skipper MS Dhoni said that it was pleasing to see how his side emerged triumphant when the match was in a tense situation. CSK chased down the target of 173 with five wickets in hand. Ruturaj Gaikwad played a knock of 72 runs, while in the end, Ravindra Jadeja played a quickfire inning of 31 runs off just 11 balls to take the side over the line. For KKR, Pat Cummins and Varun Chakravarthy scalped two wickets each. With CSK winning the match against KKR, Mumbai Indians became the first team to qualify for the playoffs this season.

CSK needed 7 runs off the final two balls. Ravindra Jadeja smashed the last two balls for sixes and as a result, CSK ended up winning the match.

"I think it was one game in which the climax went in our favour. Lot of credit to the guys. This season he has been fantastic. He (Jadeja) has been the only one in our team who has scored in the death overs. He needed somebody else and that would have been good for us. We want to give games to people who haven't played," Dhoni told host broadcaster Star Sports at the post-match presentation.

"Ruturaj has shown the talent that he is. He came in and got positive with COVID. We didn't have much time to have a look at him. He is one of the talented youngsters going around. He is not someone who speaks a lot. Once you go inside, you are the only one handling the pressure. When we made him play the first game, he stepped out and got out. But one ball is never enough. I think it is very exciting how he has grabbed his chances," he added.

Earlier, Nitish Rana played a knock of 87 runs as Kolkata Knight Riders (KKR) posted a total of 172/5 in the allotted twenty overs.

CSK are currently at the bottom place in the points table with 10 points from 13 matches. This is the first time, that the side has failed to qualify for the playoffs.

"It is very important to be relevant in the tournament. It was very important for us to give it our best. We are not in a position to qualify for the next stage but we have had a glimpse of people who can play for us in the coming seasons," said Dhoni.

The MS Dhoni-led side will next take on Kings XI Punjab on Sunday, November 1 at the Sheikh Zayed Stadium.

MS Dhoni Nitish Rana Chennai Super Kings vs Kolkata Knight Riders, Match 49 Cricket
Get the latest updates on IPL 2020, check out the IPL Schedule for 2020 and Indian Premier League (IPL) Cricket live score . Like us on Facebook or follow us on Twitter for more sports updates. You can also download the NDTV Cricket app for Android or iOS.