A loss for Royal Challengers Bangalore (RCB) will rule them out from the race to the Indian Premier League (IPL) 2019 playoffs. 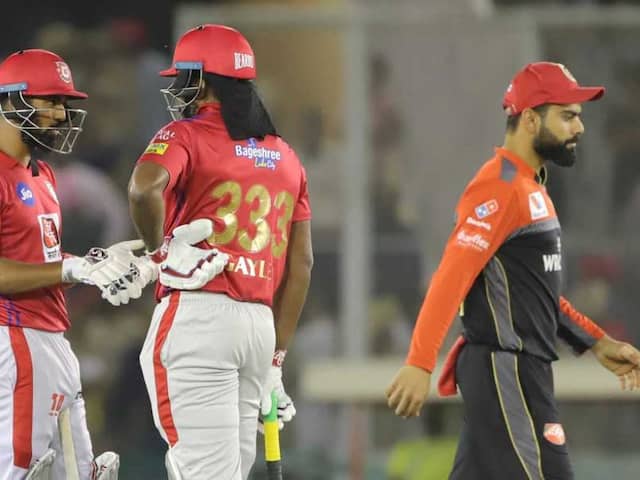 RCB have revived hopes to remain alive in IPL 2019.© BCCI/IPL

Virat Kohli-led Royal Challengers Bangalore (RCB) have revived hopes to remain alive in Indian Premier League (IPL) 2019 with two straight wins and will be looking to maintain the same with a win over Kings XI Punjab (KXIP) at the M. Chinnaswamy Stadium in Bengaluru on Wednesday. A win for RCB will bring them on level terms with Kolkata Knight Riders (KKR) with eight points. But a negative result can rule them out from the race for the playoffs.

RCB must be all fired up after posting a one-run win over the formidable Chennai Super Kings and would be desperate to keep momentum.

Having survived a brutal assault at the hands of MS Dhoni in the last game, they should have gained some confidence. Come tomorrow, Virat Kohli-led RCB would not like to look back.

Although AB de Villiers and Kohli did not click with the bat but the failures would prompt them to score runs and put up a big total for RCB.

RCB might draw some inspiration from their match-winning knocks of an unbeaten 59 by de Villiers and 67 by Kohli, against Punjab when they met in the first leg.

However, their bowling remains a worry despite the arrival of Dale Steyn.

RCB's bowling was exposed once again in the last match here when Dhoni almost pulled off the impossible chasing 162, needing 26 runs off the last over bowled by Umesh Yadav.

The visitors ultimately fell short by just one run with wicketkeeper-batsman Parthiv Patel saving the day for RCB by running out Shardul Thakur when CSK needed two of the last ball.

It was RCB's only third win in 10 games in the season so far. Kohli and Co. will hope to post another win this season against KXIP, who are placed fifth in the points table with 10 points.

Ravichandran Ashwin's outfit will be coming out all guns blazing, especially after losing their last match against Delhi Capitals by just two runs at Feroz Shah Kotla.

Ravichandran Ashwin Royal Challengers Bangalore vs Kings XI Punjab, Match 42 Cricket
Get the latest Cricket news, check out the India cricket schedule, Cricket live score . Like us on Facebook or follow us on Twitter for more sports updates. You can also download the NDTV Cricket app for Android or iOS.