IPL 2019: Mumbai Indians - Five Players To Watch Out For

Mumbai Indians are three-time IPL champions but had a poor 2018. 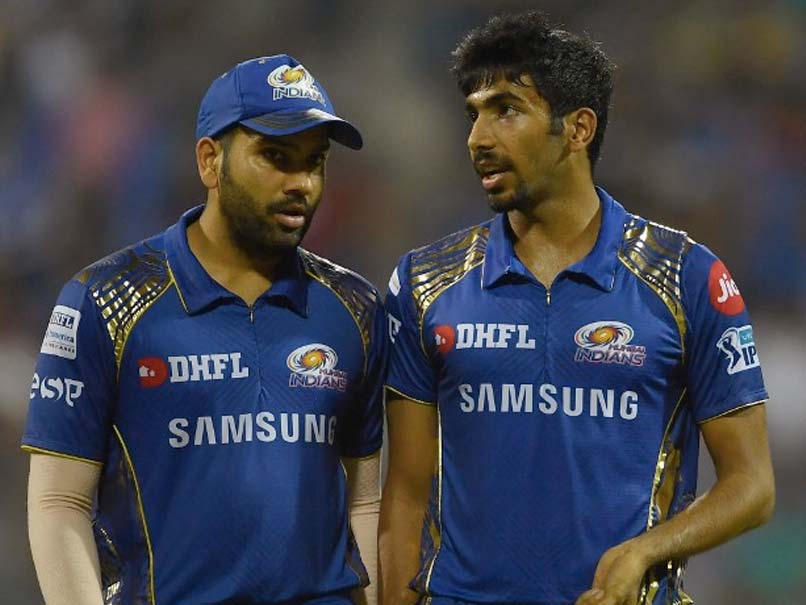 Mumbai Indians managed to win just six out of 14 matches they played in IPL 2018.© AFP

Mumbai Indians, the three-time Indian Premier League (IPL) champions, had a forgettable outing in 2018 as they failed to qualify for the playoffs despite having a strong squad. They managed to win just six out of 14 matches they played in IPL 2018. It was only the second time in the last nine seasons, the Mumbai Indians failed to qualify for the playoffs.

In spite of their lackadaisical performance last year, the franchise led by Rohit Sharma are one of the most successful teams in the tournament.

Mumbai Indians, eyeing their fourth IPL title, will be one of the favorites to win in 2019 as their squad looks well balanced, with a good mix of experience and youth.

Mumbai Indians acquired the services of Quinton de Kock from Royal Challengers Bangalore during the IPL transfer window. With the addition of the South African opener, Mumbai Indians' batting looks even stronger than before.

Once the most sought-after batsman in IPL, Yuvraj Singh had failed to find any bidders in the first round of auction in Jaipur last year.

Mumbai Indians were the only franchise to bid for the left-handed batsman, therefore, Yuvraj Singh will be seen playing for the Mumbai-based team in the 12th edition of the IPL.

He had played for Kings XI Punjab last year but he was released after scoring only 65 runs from eight matches. Overall, he has played 128 IPL matches and scored 2,652 runs with a highest score of 83.

The 37-year-old has never been a consistent performer in the tournament but Mumbai Indians will expect Yuvraj to turn things around this year.

Jasprit Bumrah was first spotted by former India coach John Wright during the Syed Mushtaq Ali Trophy in 2013. Wright signed him up for the Mumbai Indians and the rest is history.

Bumrah started his IPL journey as a 19-year-old with the Mumbai Indians and claimed three wickets for 32 runs in his debut match against Royal Challengers Bangalore in 2013.

Though he competed in just a couple of games in his debut season, he was bought again by the Mumbai Indians and since then there has been no looking back for Bumrah.

Evin Lewis, the explosive Windies batsman, might have to fight for his spot in the Mumbai Indians' playing XI after the arrival of Quinton de Kock but he has enough firepower in his arsenal to blow away any given opposition on his day.

Lewis performed well last season as he scored 382 runs from 13 matches but consistency was an issue for the left-handed batsman.

However, it will be interesting to see if Lewis manages to grab his chances well because he is being seen as a player capable of carrying the legacy of Chris Gayle forward.

Skipper Rohit Sharma has led Mumbai Indians to three IPL titles and will be eager to add more silverware to his trophy cabinet in 2019.

Team India vice-captain is regarded as one of the best batsmen in the world when it comes to limited-overs cricket but he did not have a good season last time and he would look to make amends this time.

Supremely successful as an opener of the Indian team, Mumbai Indians team management decided that their captain was a better fit in the middle order.

The move seemed theoretically sound and even paid off a couple of times, but in the end, Mumbai Indians failed to make it to the playoffs.

For the first time, Rohit Sharma failed to score 300 runs in a season. His tally of 286 runs was the 23rd best in the top run-getters table.

Quinton de Kock Evin Lewis IPL 2019 Cricket
Get the latest updates on IPL 2021, check out the IPL 2021 Schedule and Indian Premier League Live Score . Like us on Facebook or follow us on Twitter for more sports updates. You can also download the NDTV Cricket app for Android or iOS.