The IPL 2019 season gets underway from March 23 with CSK and RCB facing off at Chennai in the first match. 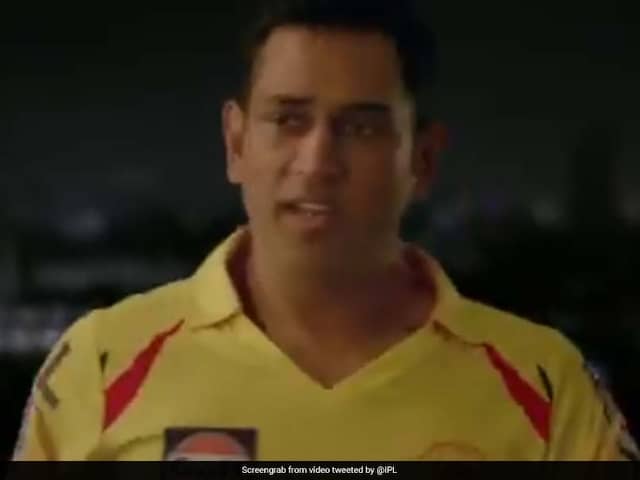 MS Dhoni and Virat Kohli, the two heavyweights of Indian cricket, are set to lock horns when their Indian Premier League (IPL) franchises Chennai Super Kings (CSK) and Royal Challengers Bangalore (RCB) take on each other in the first game of the tournament in Chennai on March 23. In a latest TV advertisement, MS Dhoni and Virat Kohli can be seen challenging each other ahead of the tournament opener. Both Dhoni and Kohli have massive following and the advertisement shows that the superstars have Indian cricket fans divided. Dhoni and Kohli can been seen enjoying the tussle between the fans from a rooftop before CSK skipper tells his RCB counterpart "don't be late" in what promises to be a cracker of a contest between two top teams.

In 2018, Chennai Super Kings came back into the IPL fold after serving a two-year suspension for their alleged involvement in the 2013 betting case.

The team led by MS Dhoni lifted the IPL trophy for the third time to mark their comeback in style.

On the other hand, Virat Kohli's RCB, who are yet to win the title, disappointed their fans despite having the one of the strongest teams on paper.

The schedule for the first two weeks of the 2019 season was announced on February 19.

A total of 17 matches have been announced between March 23 to April 5 across the eight home venues of the franchises.

Virat Kohli Cricket IPL 2019
Get the latest Cricket news, check out the India cricket schedule, Cricket live score . Like us on Facebook or follow us on Twitter for more sports updates. You can also download the NDTV Cricket app for Android or iOS.