"MS Dhoni Let Off Easily, Should Have Been Banned For 2-3 Games": Virender Sehwag On No-Ball Controversy

Virender Sehwag said MS Dhoni should have been "banned for two to three games" for storming onto the field during the RR vs CSK IPL 2019 match. 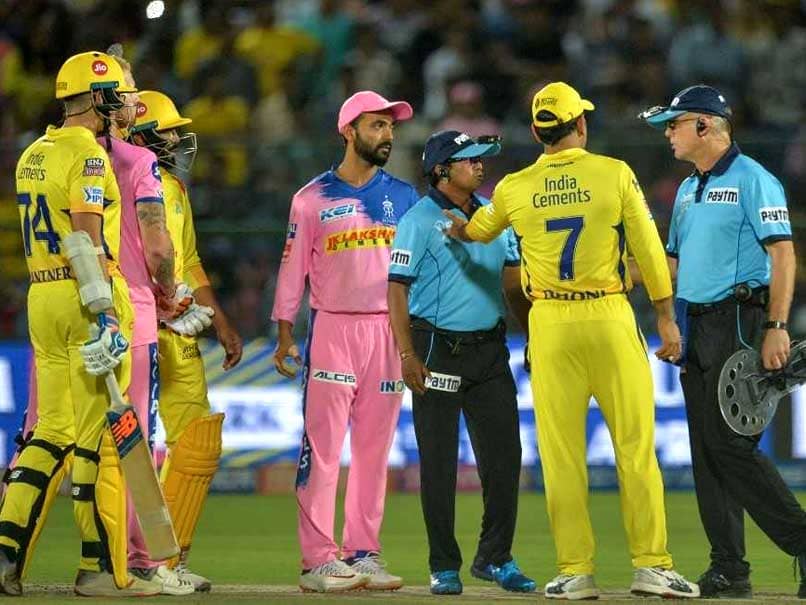 MS Dhoni entered the field of play to confront the umpires for backtracking on a waist-high no-ball.© AFP

Former India opener Virender Sehwag feels MS Dhoni was let off easily for his angry outburst against umpire Ulhas Gandhe and he should have been "banned for two to three games" to set a proper example. MS Dhoni was docked only 50 per cent of his match fees for entering the field of play to confront Gandhe for backtracking on a waist-high no-ball. MS Dhoni has been criticised by one and all but Sehwag is the first A list former India cricketer to demand suspension for his one-time teammate.

"I feel Dhoni was let off easy and should have been banned for at least 2-3 games. Because if he did this, tomorrow another captain can do the same. Then what is the value of an umpire," Sehwag, known for his straight talk, was quoted as saying by Cricbuzz.

Sehwag didn't mince any words when he said that a fitting punishment would have set a precedent for others.

"I feel he should have been banned for a few games by IPL to set an example. He should have stayed outside and instead have talked to the fourth umpire with the walkie talkie," Sehwag said.

"I feel he shouldn't have come to the ground when there are two CSK members already and they were equally inquisitive regarding the no-ball," he opined.

Dhoni's passion whenever he wears the yellow CSK jersey is unmatched and at times his involvement for his franchise in the cash-rich league shows.

In fact, Sehwag cheekily mentioned that he has never seen MS Dhoni so agitated when he led India.

Virender Sehwag IPL 2019 Rajasthan Royals vs Chennai Super Kings, Match 25 Cricket
Get the latest updates on IPL 2020, check out the IPL Schedule for 2020 and Indian Premier League (IPL) Cricket live score . Like us on Facebook or follow us on Twitter for more sports updates. You can also download the NDTV Cricket app for Android or iOS.