Kolkata Knight Riders would be keen to make the most of home conditions to get the better of Rajasthan Royals in the IPL 2018 Eliminator. 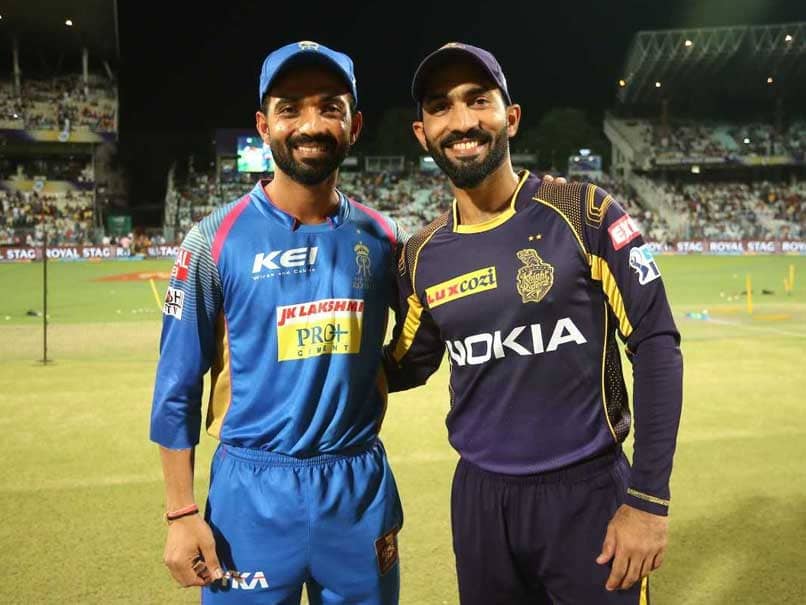 Twice champions Kolkata Knight Riders (KKR) would be hoping to put it past Rajasthan Royals when they face off in their Indian Premier League (IPL) 2018 Eliminator match at Eden Gardens, Kolkata, on Wednesday. The Kolkata Knight Riders have outplayed Rajasthan Royals both in the home and away games this season. If it was a seven-wicket win at Jaipur last month, KKR notched up a comprehensive six-wicket win over their rivals a week ago at Eden en route to sealing their playoff berth. With three wins on the trot, Kolkata Knight Riders are on a roll as they clinched the last-four berth for the sixth time. From posting the highest total of the season to stunning table-toppers SunRisers Hyderabad in their last match, it has been a no-nonsense approach for the Dinesh Karthik-led side.

To make it easier for them, KKR are the only team from the four qualifiers to get the home advantage in the Eliminator. The winner of Wednesday's match will face the loser of Qualifier 1, between SunRisers and Chennai Super Kings, in Qualifier 2 -- also to be held at Kolkata -- which will decide the second entrant of the final. (Play Fantasy cricket and win lakhs daily)

Champions of the inaugural edition in 2008, Rajasthan Royals, on the other hand, have been heavily reliant on the alignment of their stars for their passage into the playoffs.

Minus their two top English star performers -- Jos Buttler and Ben Stokes who were called for national duty -- Rajasthan were written off by many, but they managed to beat Royal Challengers Bangalore in their final league game on May 19 to keep their slender hopes alive.

The win, however, was still not enough as they needed two results to go in their favour to qualify for the playoffs.

Their prayers were answered exactly the way they wanted when the other contenders -- Mumbai Indians and Kings XI Punjab -- were eliminated after losing their respective matches and Rajasthan advanced to the playoffs in a dramatic way.

But in the Eliminator stage, which is a virtual quarter-final, there's no margin for error and the Ajinkya Rahane-led side have to rely on their resources. (Play Fantasy cricket and win cash daily)

First challenge for them will be to conquer the spin challenge of Sunil Narine, Piyush Chawla and Kuldeep Yadav, who haunted them with an IPL career-best 4/20 in their six-wicket defeat here.

Going through a prolonged lean patch, skipper Rahane (324 runs at 27.00) will be the key to Rajasthan's success.

KKR will have to stymie the South African clean-hitting wicketkeeper-batsman Heinrich Klaasen who will look to play the finishing role for RR.

Leading by example, Karthik has been their top run-getter with 438 runs at an average of 54.78 (strike rate 149.48). Belligerent as an opener and smart with his spin bowling, Trinidadian Narine, a two-time IPL winner with KKR, is once again proving to be their most valuable player.

With Chris Lynn restraining his stroke making for a dodgy shoulder, Narine has complemented well with a strike rate of 189.01 to give them a fiery start.

Three matches away from winning the title, KKR's batting and bowling has combined seamlessly so far and they will hope to produce their best on Wednesday.

Comments
Topics mentioned in this article
Kolkata Knight Riders Rajasthan Royals Indian Premier League 2018 Kolkata Knight Riders vs Rajasthan Royals, Eliminator Dinesh Karthik Ajinkya Rahane Cricket
Get the latest updates on India vs Australia Series, check out the India vs Australia Schedule for 2020-21 and Ind vs Aus live score . Like us on Facebook or follow us on Twitter for more sports updates. You can also download the NDTV Cricket app for Android or iOS.