IND vs WI 1st T20I, Highlights: Virat Kohli remained unbeaten on 94 to help India chase down the target with 8 balls to spare. 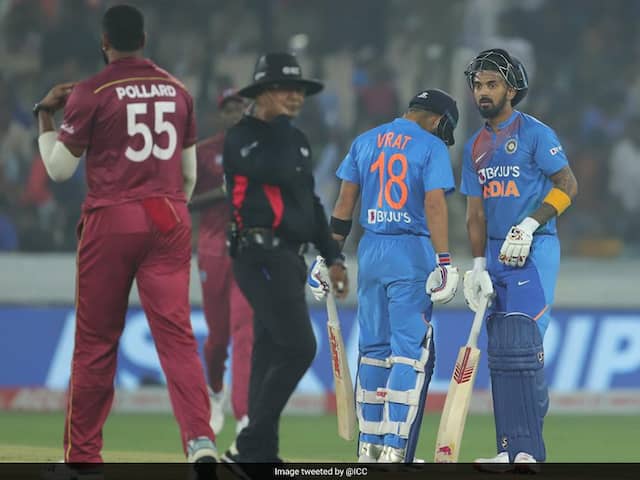 Virat Kohli stamped his authority with yet another sublime innings of career-best 94 not out as India pulled off their highest successful run chase in a T20 International to beat West Indies by six wickets in the first match here on Friday. KL Rahul also struck an impressive 62 off just 40 balls to help India chase down the target of 208 with eight balls to spare. The earlier highest successful run chase for India in a T20I was the 207 against Sri Lanka in Mohali in 2009. India, thus, took a 1-0 lead in the three-match series. The second T20 International will be played in Thiruvananthapuram on Sunday. Opening the innings in the absence of injured Shikhar Dhawan, Rahul played fluently to score his seventh T20I fifty, during which he hit five boundaries and four sixes to make a case for himself to be in India's squad for next year's T20 World Cup.  (SCORECARD)