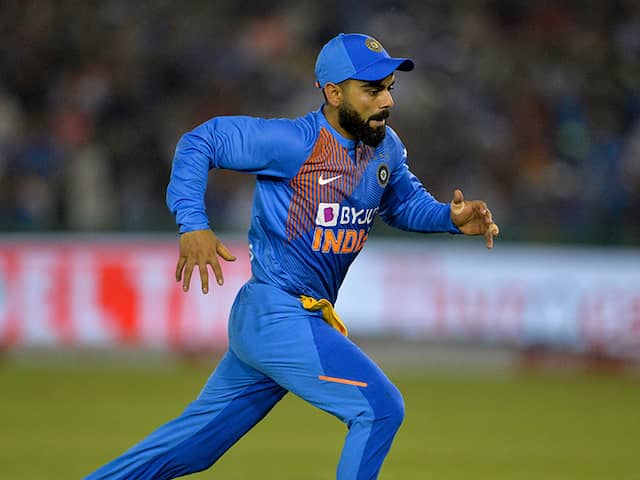 Virat Kohli scored unbeaten 72 off 52 balls in Mohali in the second T20I against South Africa.© AFP

Virat Kohli likes to stay competitive as soon as he steps on the ground. However, in the final Twenty20 International (T20I) against South Africa in Bengaluru on Sunday, the Indian Cricket Team's Instagram handle posted a picture of Virat Kohli making kid-like gestures. "Kids these days," the caption read.The fans flooded the comments section as they were in complete awe of the Indian skipper's gestures. In Bengaluru, Virat Kohli is eyeing to register another series win as he looks to start the home season on a positive note. 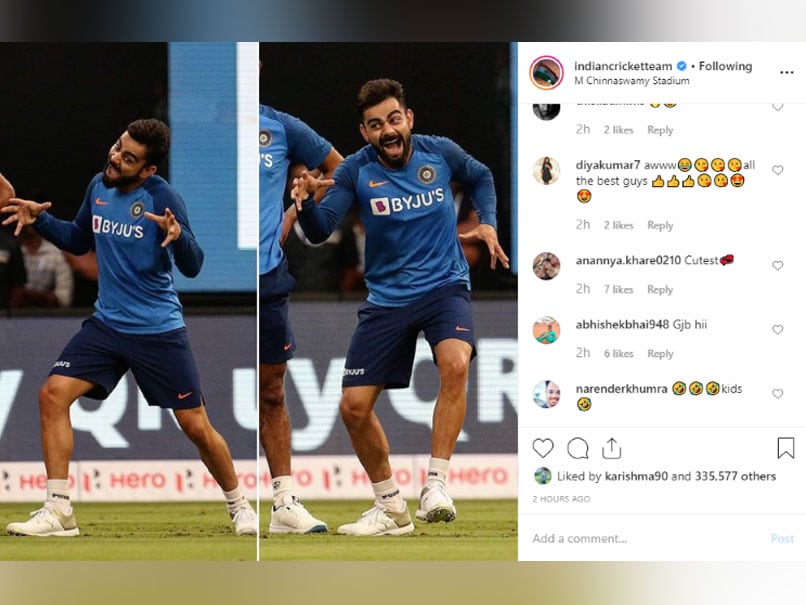 In the final T20I, Virat Kohli won the toss and opted to bat against South Africa captained by Quinton de Kock.

In the second T20I, Virat Kohli was exceptional with the bat as he brought up his 22nd T20I half-century to help India register an easy win over South Africa in Mohali.

India were tasked to chase 150 runs in 20 overs, the Indian skipper remained unbeaten on 72 and he was well-supported by Shikhar Dhawan who came back to form with a quick knock of 40. India chased down the total with an over to spare to take an unassailable lead of 1-0 in the three-match series. The first T20I was washed out due to rain in Dharamsala.

For India, Deepak Chahar was the star with the ball who finished his quota of four overs with figures of two for 22 that helped the hosts to restrict South Africa to a modest total of 149.

Shikhar Dhawan India vs South Africa, 2019 Cricket
Get the latest Cricket news, check out the India cricket schedule, Cricket live score . Like us on Facebook or follow us on Twitter for more sports updates. You can also download the NDTV Cricket app for Android or iOS.