India vs South Africa: Rohit Sharma became only the third Indian, after Virat Kohli and former opener Gautam Gambhir, to reach the top 10 in the ICC rankings across formats. 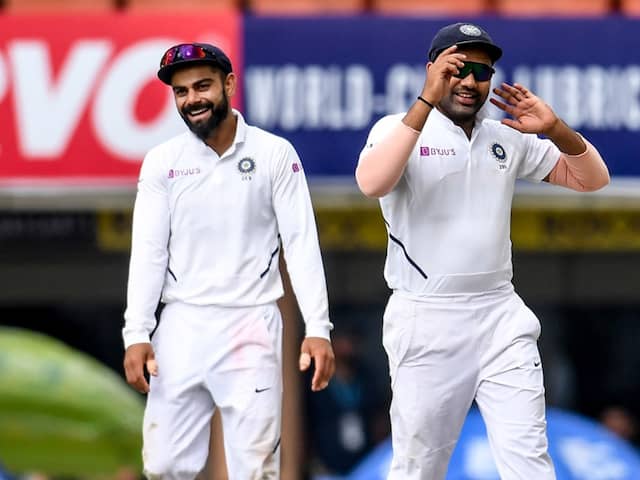 Rohit Sharma, after finishing as the top run-scorer in the just-concluded Test series against South Africa, reaped rich rewards as he entered the top 10 in the latest Test Player Rankings, released by the International Cricket Council (ICC) on Wednesday. With this, Rohit became only the third Indian after Virat Kohli and former opener Gautam Gambhir to reach the top 10 in the ICC rankings across formats. During the South Africa series, Rohit Sharma opened the innings for the first time in his Test career and impressed one and all. He finished the series with 529 runs at an impressive average of 132.25 in just four innings.

Rohit Sharma scored three centuries, including a double hundred in the third Test in Ranchi, which helped him climb 12 places to finish 10th in the ICC Test Player Rankings.

Before the start of the series, Rohit was sitting on 44th spot and gained 34 places during the three matches to enter the top 10. Rohit heroics in the series also earned him the Player of the Series trophy.

Rohit has been a consistent performer in the limited-overs formats for many years and currently occupies the second spot in ODI rankings, while joint-seventh in the T20Is rankings.

Virat Kohli has attained the top spot in all three rankings in the past and is currently inside top 10 rankings across formats as well. Currently, Kohli is on first and second spot in ODIs and Tests respectively, while holds the 10th place in T20Is.

Former India opener Gambhir has attained the top spot in Tests and T20Is while eighth in ODIs.

India's middle-order batsman Ajinkya Rahane, who scored 216 runs with the help of a century attained his career-high fifth position in Test rankings, achieved earlier in November 2016.

Mohammed Shami and Umesh Yadav, who led the India's pace attack in Ranchi Test, also reaped rewards as they achieved their career-best rating points. Shami is on 751 points and only one place below his career-best ranking of 14th achieved in March 2018, while Yadav is on 624 points, three below his best of 21st in July 2016.