India vs South Africa: Rohit Sharma brought up his sixth Test century in the ongoing Ranchi Test against South Africa. 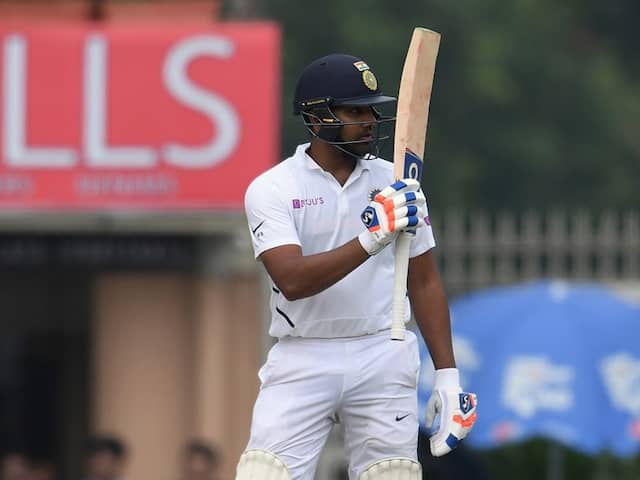 Rohit Sharma brought up his sixth Test century in the ongoing third Test between India vs South Africa in Ranchi on Saturday. Rohit Sharma reached the magical three-figure mark by smashing Dane Piedt for a maximum. In the process, Rohit Sharma became only the second Indian opener after Sunil Gavaskar to hit three or more hundreds in one Test series. The India right-hander scored 13 fours and hit four maximums en route to his hundred. Rohit Sharma was cautious at the start as India lost three quick wickets but despite losing wickets at the other end, Rohit sent the bad deliveries to the fence.

The 32-year-old put on 150-plus stand for the fourth wicket with Ajinkya Rahane.

Rahane also played a pivotal role in the partnership as he brought up his 21st 50-plus score in Test cricket.

In the match, India won the toss and opted to bat. Kagiso Rabada removed Mayank Agarwal for 10 and he followed up the good start by removing Cheteshwar Pujara for a duck.

Virat Kohli, who scored an unbeaten 254 in Pune, was trapped in front of the stumps by Anrich Nortje as the Indian skipper was dismissed for 12.

Ajinkya Rahane, India's vice-captain, then joined Rohit in the middle and steadied the ship for the hosts.

This was Rohit's third 100-plus score in the series. The right-hander with his 16th six also went past Shimron Hetmyer to become the player with most number of sixes in a Test series.

Harbhajan Singh had held the record for India previously with 14 sixes against New Zealand in 2010.

Rohit scored a century in both innings in his first outing as an opener for India in the longest format. He failed to replicate the success with the bat in Pune where Virat Kohli grabbed the headlines.

Rohit Sharma Cricket India vs South Africa, 3rd Test
Get the latest updates on IPL 2020, check out the IPL Schedule for 2020 and Indian Premier League (IPL) Cricket live score . Like us on Facebook or follow us on Twitter for more sports updates. You can also download the NDTV Cricket app for Android or iOS.