India vs South Africa 3rd T20I: After the first game in Dharamsala was washed out, the threat of rain again looms large on the final T20I in Bengaluru. 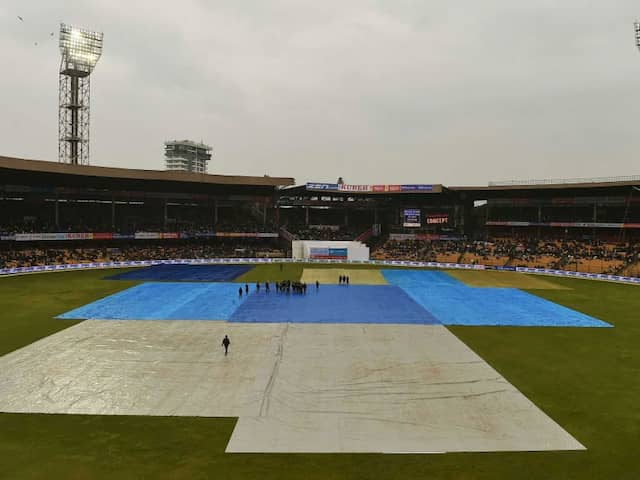 India, after winning the second Twenty20 International (T20I) comprehensively by seven wickets, will look to seal the series on Sunday when they take on South Africa in Bengaluru. However, the weather gods might have a say in the final T20I. The third T20I is scheduled to start at 7 PM IST and according to the weather report for Sunday, heavy rain is expected to hit the capital of Karnataka an hour after the scheduled start of play.

On Wednesday, Virat Kohli brought up his 22nd T20I half-century to help India chase down the target of 150 with an over to spare. In the process, Virat Kohli also went past Rohit Sharma to become the leading run-scorer in the shortest format.

India skipper now has 2,441 runs to his name while his deputy in the limited overs leg, Rohit Sharma has scored 2,434 runs in T20Is.

In Mohali, Deepak Chahar was the stand out performer with the ball as he finished with figures of two for 22 from his quota of four overs.

India has less than 30 T20Is left before the T20 World Cup, which is scheduled to take place in Australia and the team management is looking to give youngsters an opportunity to cement their place in the squad for the big tournament.

Ahead of the final T20I in Bengaluru, Shikhar Dhawan also insisted that the youngsters should build confidence for the T20 World Cup.

"It is the perfect platform for them to perform and build the confidence for the T20 World Cup," Dhawan was quoted as saying by PTI on the eve of the final T20I.