IND vs SA 3rd Test Day 4 Highlights: India won by an innings and 202 runs to wrap up a clean sweep of the 3-match series. 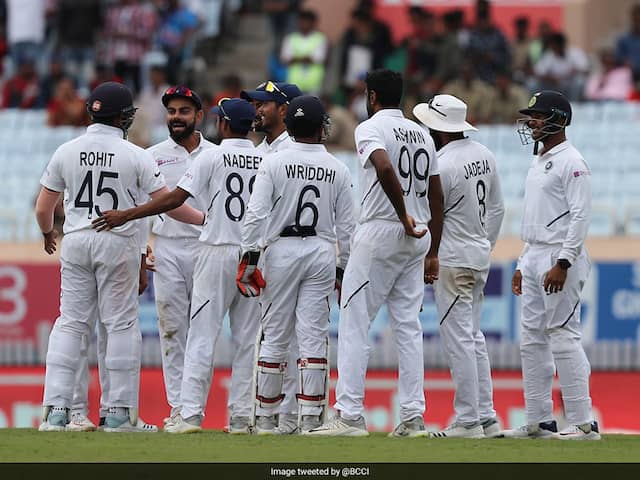 India wrapped up a 3-0 series whitewash as South Africa were bowled out for 133 in the second innings in the third Test in Ranchi. After India posted a mammoth 497/9 on the scoreboard thanks to Rohit Sharma's double century and Ajinkya Rahane's ton, South Africa folded for 162 in the first innings and Virat Kohli enforced the follow-on. South Africa were close to suffering the ignominy of being bowled out twice in one day, but survived yesterday's onslaught from the Indian bowlers by the skin of their teeth. Mohammed Shami and Umesh Yadav have been the stars with the ball for India in this Test match. Debutant Shahbaz Nadeem, who took 2-22 in the first innings, picked up the wickets of Theunis de Bruyn and Lungi Ngidi off consecutive deliveries in his first over of the day to secure the win for India in double quick time on Day 4. (SCORECARD)

Virat Kohli Live Score Live Cricket Score Live Blogs Cricket
Get the latest Cricket news, check out the India cricket schedule, Cricket live score . Like us on Facebook or follow us on Twitter for more sports updates. You can also download the NDTV Cricket app for Android or iOS.