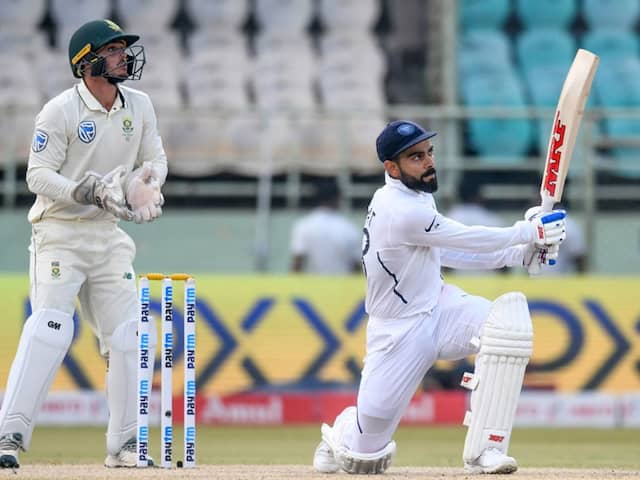 Mayank Agarwal hit his second century in successive matches to push South Africa onto the backfoot on the opening day of the second Test in Pune on Thursday. India posted 273 for three in 85.1 overs before bad light forced the officials to call off the remainder of day's play. Virat Kohli and Ajinkya Rahane remained unbeaten on 63 and 18 respectively at stumps on Day 1. Kohli smashed his 23rd Test half-century in the final session to put India in a commanding position after Kagiso Rabada removed the Mayank Agarwal for 108. Rabada picked up all the three wickets that fell on the opening day of the second Test. Earlier, Agarwal was hit on the helmet by a bouncer from Anrich Nortje but the opening batsman replied the debutant by smashing three boundaries in an over before Lunch. Earlier, Rohit Sharma was dismissed for 14 while Cheteshwar Pujara edged one to Faf du Plessis in the slips after completing his 22nd Test fifty. (SCORECARD)

India beat South Africa by an innings and 137 runs