Iceland Cricket trolled BCCI for sharing "wonderful highlights" from Rohit Sharma's heroics with the bat in Vizag, since the package showed little of the inning. 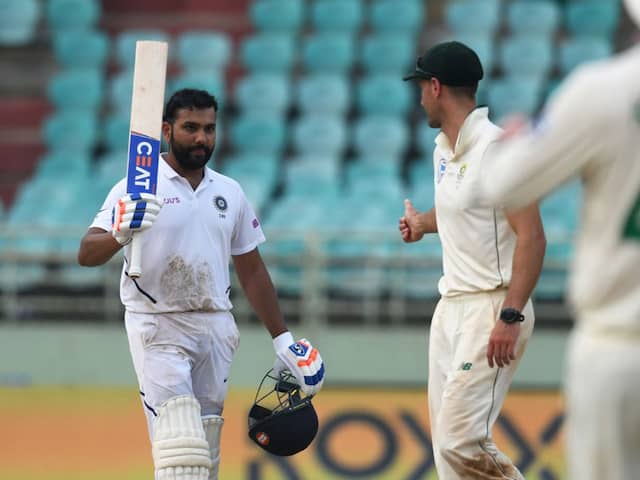 Rohit Sharma score centuries in both innings in the Vizag Test.© AFP

Rohit Sharma produced a batting masterclass in Vizag by scoring centuries in both innings to help India register a comfortable victory by 203 runs in the first Test. The Board of Control For Cricket In India (BCCI) took to Twitter to share a video after Rohit was dismissed in the Vizag Test. The video included footage of South African players congratulating the Indian opener. Iceland Cricket quickly replied to BCCI's tweet and trolled the Indian cricket board for not showing highlights of Rohit's innings in the video. "Wow. Most sixes in a match, twin centuries, twin stumpings. Once again we thank the BCCI for these wonderful highlights: No Hits from Rohit," the tweet read.

Wow. Most sixes in a match, twin centuries, twin stumpings. Once again we thank the BCCI for these wonderful highlights: No Hits from Rohit. #INDvSA https://t.co/6hJkXzptuh

In the Vizag Test, Rohit Sharma went on to break multiple records en route to his fifth hundred in the longest format. The right-hander scored 176 runs in the first innings and followed it up with a knock of 127 in the second innings.

The 32-year-old broke Wasim Akram's record of 12 sixes in a Test by hitting 13 shots that went over the fence in the first Test.

In the second Test in Pune, Rohit failed to continue his good run with the bat as he was dismissed for 14 by Kagiso Rabada.

India won the second match by an innings and 137 runs on Sunday to go 2-0 up in the three-Test series.

The third and final Test match will be played in Ranchi, starting October 19.