Rishabh Pant, among the youngest to make their T20I debut for the country, is a greenhorn in the true sense of the word, having played less than 30 first-class matches for his home team of Delhi. 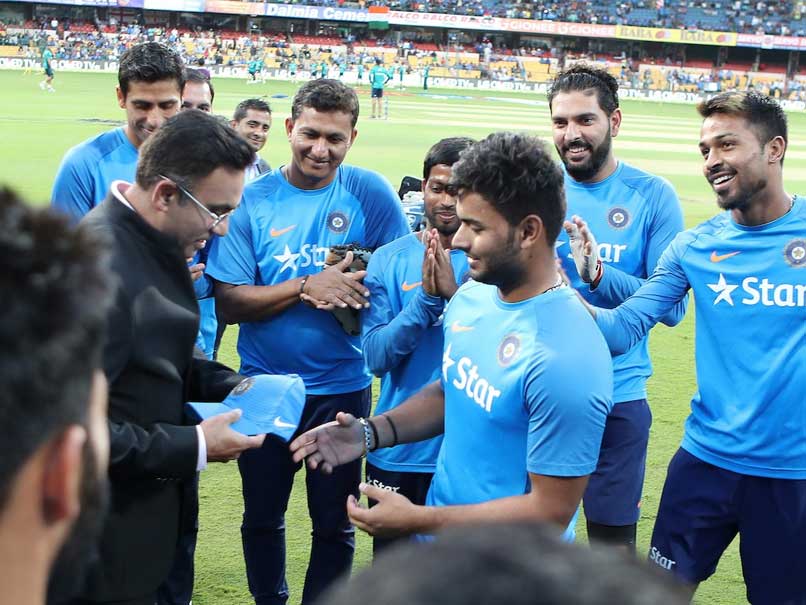 Rishabh Pant has displayed his run-scoring abilities in no uncertain terms.© BCCI

Rishabh Pant's debut on Wednesday for the Indian T20 International team for the last game of the three-match series with England adds his name to an array of stars that have made a mark for themselves in all formats. At 19 years and 120 days, he becomes the youngest player to make his T20I debut for the country. He is a greenhorn in the true sense of the word, having played less than 30 first-class matches for his home team of Delhi.

However, the selectors and team captain evidently have enough faith in the youngster's abilities and performances to field him in a crucial, must-win game.

He came into the side in Bengaluru for crucial third T20I in place of home boy Manish Pandey. Pant, a wicketkeeper by trade, is a useful left-hand batsman and evidently an investment for the future.

The youngster has displayed his run-scoring abilities in no uncertain terms, with a sensational triple-century against Maharashtra in their Ranji Trophy, finishing off with 308 runs off just 326 deliveries.

Rishabh Pant, born in Haridwar, Uttarakhand, has been a member of the Delhi Ranji Trophy side since 2015, having made his debut against Bengal in a home match in October of that year.

Like all aspirants, he too was called up for the Indian premier League duty with his home franchise of Delhi Daredevils, making his debut for the team in the 2016 season, against the Gujarat Lions, also in Delhi.

His IPL performance is still modest, with an average of about 25. But given that Mahendra Singh Dhoni may not be in action for too long, Pant is being fielded in the big league as an evident replacement.

Comments
Topics mentioned in this article
India Cricket Team Cricket Rishabh Pant India vs England 2016-17 England Cricket Team M.Chinnaswamy Stadium, Bengaluru
Get the latest updates on India vs Australia Series, check out the India vs Australia Schedule for 2020-21 and Ind vs Aus live score . Like us on Facebook or follow us on Twitter for more sports updates. You can also download the NDTV Cricket app for Android or iOS.