Ajinkya Rahane let his feelings about the pink-ball Test known through a post on Instagram and India captain Virat Kohli could not stop himself from reacting on the picture. 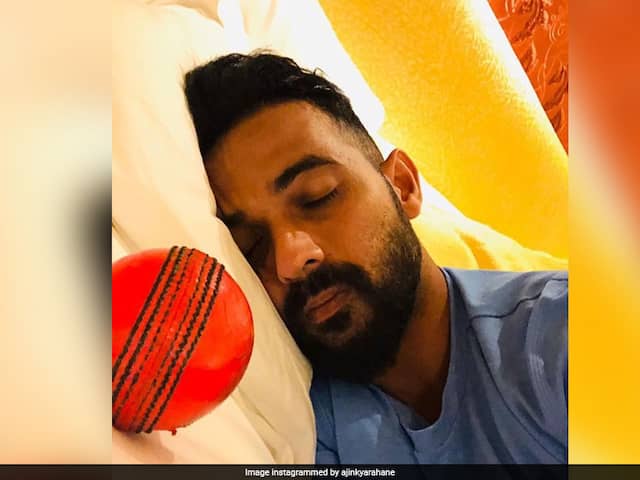 Ajinkya Rahane cannot stop "dreaming about the historic pink ball test" slated to get underway from Friday at the Eden Gardens as he took to Instagram to let his feelings about the match known. Virat Kohli, who will lead India in the historic pink-ball Test, reacted to his teammate Ajinkya Rahane's picture by commenting "Nice pose jinksy". While Shikhar Dhawan, who is not a part of the Indian Test squad for the Bangladesh series, commented, "sapney mein pic khich gayi". The pink ball Test will mark India's first day-night Test at home. 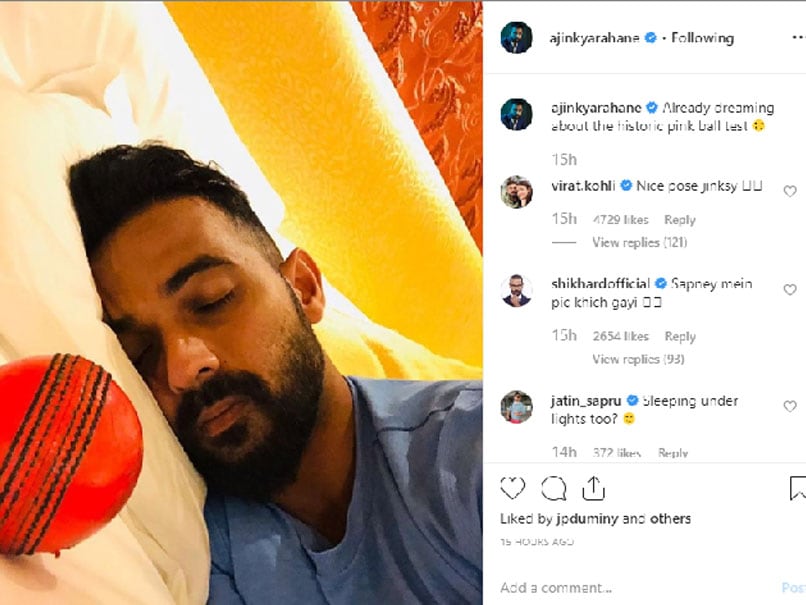 Rahane played a well composed knock of 86 runs from 172 deliveries during the Indore Test against Bangladesh. His innings was laced with nine boundaries.

Rahane, 31, will look to provide stability to the middle order during the pink-ball Test.

Rahane has played 62 Tests for India and scored 4061 runs with the help of 11 centuries and 21 half-centuries. He has the high score of 188 runs in the longest format of the game and averages 43.67.

India beat Bangladesh by an innings and 130 runs in Indore to take a 1-0 lead in the two-Test series.

India top the World Test Championship (WTC) standings with 300 points. The final Test will be chance for India to further consolidate their position. New Zealand are second in the standings with 60 points.