Ravi Shastri was trolled heavily on the micro-blogging site after he posted a couple of pictures with a red ball in his hand. 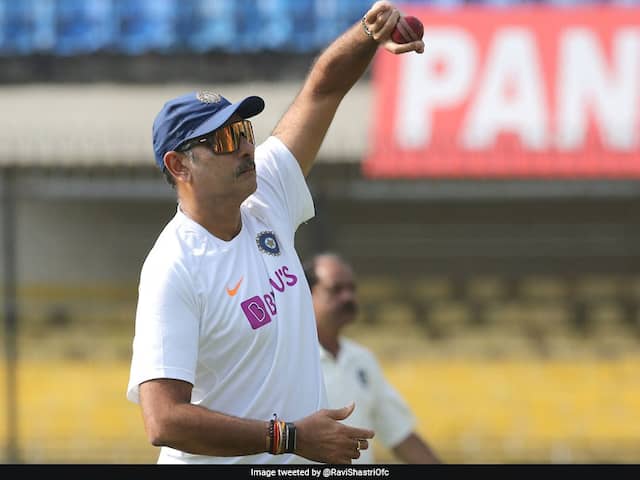 Ravi Shastri has often been criticised for his social media posts.© Twitter

Ravi Shastri, India's current head coach, once again became the target of social media trolls on the eve of the first Test match against Bangladesh. Shastri was trolled heavily on the micro-blogging site after he posted a couple of pictures with a red ball in his hand and captioned them: "Old habits die hard #INDvBAN #Cricket". Shastri was probably referring to his all-round skills he was famous for during his playing days. In the first picture, Shastri is gripping the traditional Test match ball, while the second picture shows him in his bowling action. Shastri's post didn't go down well with Twitterati and they flooded it with hilarious memes.

Among all this, there were some who wrote good things about the former Indian player.

This was not the first time that the Indian head coach had been on the receiving end of such criticism on social media.

Several of his social media posts have received the similar treatment in the past as well. In fact, he has been targeted even when he didn't post anything on his own.

The Indian team has tasted decent amount of success under Ravi Shastri and winning a Test series in Australia was one of them.

However, India have always failed to leave a mark in the ICC's multi-nation tournaments.

Shastri's contract with the Indian team was renewed after the World Cup 2019 and since than India have won two Test series against the West Indies and South Africa, apart from tasting success in the limited-overs cricket.

Bangladesh Cricket Team Ravi Shastri Cricket India vs Bangladesh
Get the latest Cricket news, check out the India cricket schedule, Cricket live score . Like us on Facebook or follow us on Twitter for more sports updates. You can also download the NDTV Cricket app for Android or iOS.