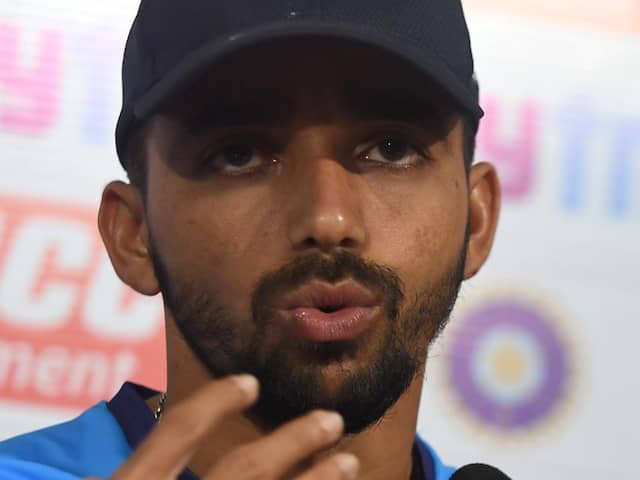 Mominul Haque was named captain of Bangladesh's Test team after Shakib Al Hasan was banned by the ICC.© AFP

Bangladesh skipper Mominul Haque on Thursday echoed his Indian counterpart Virat Kohli's sentiments, saying practice matches before playing a Day-Night Test would be better, ahead of the first pink ball test between the two nations at Eden Gardens here. Kohli said he wants practice games ahead of Day/Night Test matches abroad, suggesting that could be a condition if India is to play in Australia next year. Under Virat Kohli's lead India refused to play a Day-Night Test in Adelaide against Australia in 2018. But since Sourav Ganguly became the president of the BCCI and pushed the issue, he said it took him three seconds to agree to it.

Bangladesh, like India, are also playing their first pink ball Test with none of their squad members having prior experience.

"Going forward, we would like to have a practice match before a pink ball Test," Mominul told reporters on the eve of the match.

"We didn't get any practice match before this. We can't ponder on that. We have to focus on what we have," he said.

"India have world-class fast bowlers. Under lights, it will be more challenging. But we are taking it positively and I think it will be a challenge for any team and not only for Bangladesh," he expressed.

Mominul, 28, was handed the captaincy after Shakib Al Hasan was banned by the ICC for failing to report corrupt approaches. His first assignment was against No. 1 Test side India who thrashed them by an innings and 130 runs in the first test.

"It's both challenging and fun to play the No. 1 side in the world," Mominul said of his new role.

On the twilight period being the biggest challenge, he said: "Haven't discussed much about twilight. We have practised before under lights and will have a session today too, so I don't think that should be a problem."

Mominul said the atmosphere at the Eden Gardens which has gala plans for the test match and is expected to be full for the first four days.

"The atmosphere in Eden Gardens is very good. Everyone including the players and crowd will be excited. Everyone wants to see this pink ball test and we are all keen to play this Test match," said Mominul who has played 37 Tests for his country scoring 2657 runs.

He added that that the team is not pressurised by external factors.

"As professional cricketers, we are really not bothered about what is happening outside. We are here to do our job and so is everyone else. If we all perform our duties, then there shouldn't be any problem," Mominul said.

Mominul Haque Cricket India vs Bangladesh
Get the latest Cricket news, check out the India cricket schedule, Cricket live score . Like us on Facebook or follow us on Twitter for more sports updates. You can also download the NDTV Cricket app for Android or iOS.