"Allowed To Experiment A Bit": Virat Kohli On Batting At No.4 After Crushing Loss To Australia

Virat Kohli wasn't shy in admitting that his decision to bat at number four didn't work in India's favour, but added that he is "allowed to experiment a bit". 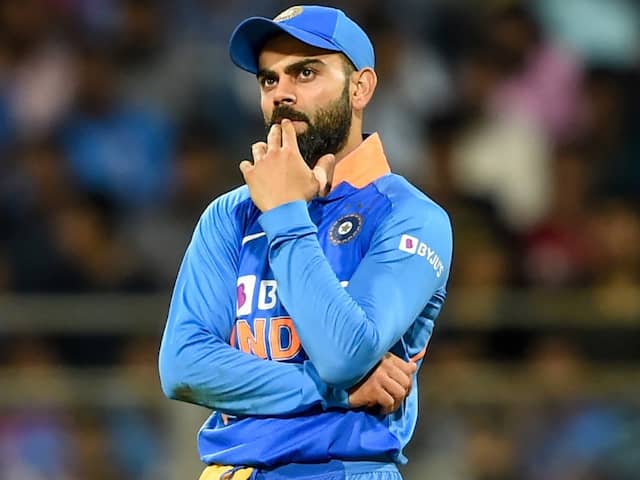 Virat Kohli lost his wicket for 16 runs in the first ODI against Australia.© AFP

Virat Kohli failed to impress with the willow at the number four position as India suffered a 10-wicket loss to Australia in the first One-day International of the three-match series in Mumbai on Tuesday. It was Australia's biggest ever ODI victory over India, by margin of wickets. Captain Virat Kohli, who lost his wicket for 16 runs, wasn't shy in admitting that his decision to bat at number four didn't work in India's favour, but added that he is "allowed to experiment a bit".

Kohli, who usually bats at number three, dropped himself to four to fit in KL Rahul in the batting order. Rahul scored 47 runs off 61 balls, including four boundaries, but failed to convert it into a big score.

"We've had this discussion many times in the past as well, due to the way KL has been batting. We've tried to fit him into the team," Kohli said at the post-match presentation.

"Having said that, it hasn't gone our way when I have batted at no.4, so we have to see how it goes. At the same time, it's about giving opportunities to the other guys. People need not panic for just this one game. I think I am allowed to experiment a bit," he added.

After being asked to bat, India rode on Shikhar Dhawan's 74-run knock before folding for 255 in 49.1 overs.

Australia came to chase with an attacking mindset as both their openers David Warner and Aaron Finch smashed a century each to help Australia chase down the target with 74 balls to spare.

"We were totally outplayed in all departments. It's a strong Australian team, if you don't play well, they could hurt you," the Indian skipper said.

"We saw that with the bat in hand. We didn't get enough runs. I thought we were too respectful at certain phases and it cost us. Can't do that against a team like Australia," he added.

Australia are 1-0 up in the series but Kohli is hoping to "bounce back" in the second ODI in Rajkot on Friday.

"This is a chance for the team to bounce back but as I said, credit to Australia today. Today was one of those days when we weren't allowed to get into the game at all," Kohli said.

The third and final ODI will be played in Bengaluru on Sunday.

Virat Kohli India vs Australia 2020 Cricket India vs Australia, 1st ODI
Get the latest Cricket news, check out the India cricket schedule, Cricket live score . Like us on Facebook or follow us on Twitter for more sports updates. You can also download the NDTV Cricket app for Android or iOS.