Virat Kohli, who usually bats at number three, dropped himself to four to fit in KL Rahul in the batting order. 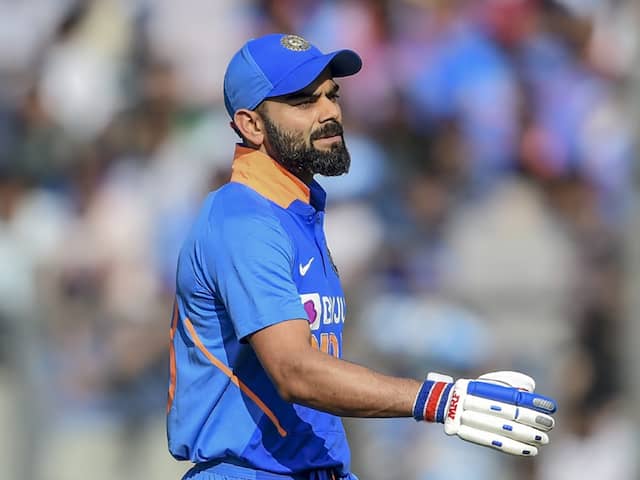 Virat Kohli could only manage 16 runs in the first ODI against Australia.© AFP

Virat Kohli's decision to come in to bat at number four backfired as India suffered a 10-wicket loss to Australia in the first One-Day International (ODI) in Mumbai on Tuesday. Virat Kohli, who usually bats at number three, dropped himself to four to fit in KL Rahul in the batting order. Former Pakistan fast-bowler Shoaib Akhtar criticised India for their poor show at the Wankhede Stadium while opined that Virat Kohli should bat up the order. "Kohli cannot come in the 28th over, period. He needs to bat earlier. India were smashed, battered, hammered by Australia," Shoaib Akhtar said in a video on his YouTube channel.

Akhtar further said that he was shocked with the result of the first ODI and termed the huge loss as a wake-up call for India.

"It was a big reality check for India. Australia made a mockery of the bowling attack. If Australia win the toss again, the same sequence of events will follow.

"It will be embarrassing if India lose 0-3. India's confidence was nowhere close to being the best. I'm finding it utterly shocking," he added," Akhtar added.

India, after being asked to bat, were bowled out for 255 in the 50th over in the first ODI of the three-match series.

The former Pakistan cricketer said that in a bid to stage a comeback in the series, India need to play aggressive cricket.

"If India do not play ruthlessly, they will keep losing. I think they can still make a strong comeback, they have to. India can still take the series 2-1, but it will be a huge task," he said.

The second ODI will be played in Rajkot on Friday while Bengaluru will host the third and final match on Sunday.

Virat Kohli Shoaib Akhtar India vs Australia 2020 Cricket
Get the latest Cricket news, check out the India cricket schedule, Cricket live score . Like us on Facebook or follow us on Twitter for more sports updates. You can also download the NDTV Cricket app for Android or iOS.