India captain Virat Kohli said that his comments about the end of his friendship with the Australian cricketers had been blown out of proportion. 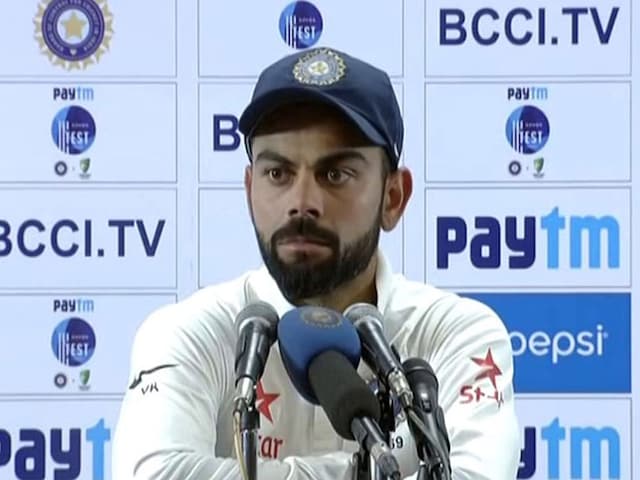 India captain Virat Kohli on Thursday clarified that his 'no-longer-friends' with Australian cricketers comment had been blown out of proportion and he continues to be on good terms with the "few guys" he knows and those who have played with him at Royal Challengers Bangalore (RCB) in the Indian Premier League (IPL). Kohli's clarification comes after he received widespread criticism from the Australian media on what they dubbed as 'classless' comments.

1/2 My answer at the post match conference has been blown way out of proportion. I did not categorically say the whole Australian team but

2/2only a couple of individuals.I continue to be in good terms with the few guys I know & who I've played with at RCB & that doesn't change.

The Indian captain was asked after the end of the Dharamsala Test if he still considered Steve Smith's men as his friends off the field -- something Kohli had strongly maintained at the start of the series.

Kohli's clarification comes on a day when former Australia batsman Brad Hodge too took to Twitter to apologise to the Indian captain about some uncharitable comments he had made about Kohli's shoulder injury.

The India-Australia Test series had ended with a lot of acrimony and hostility, with both sides fighting toe-to-toe on and off the field.

But even as Australian skipper Steve Smith apologised for his behaviour during the series, Kohli was not so magnanimous and had neither apologised, nor stepped back from his aggressive stand.

Comments
Topics mentioned in this article
India Cricket Team Australia Cricket Team Virat Kohli India vs Australia 2017 Cricket
Get the latest Cricket news, check out the India cricket schedule, Cricket live score . Like us on Facebook or follow us on Twitter for more sports updates. You can also download the NDTV Cricket app for Android or iOS.