Virat Kohli's exploits for India in the World T20 increased his stature as one of the game's greats. However, for India, it was a case of some missed opportunities after their loss to the West Indies in the final. 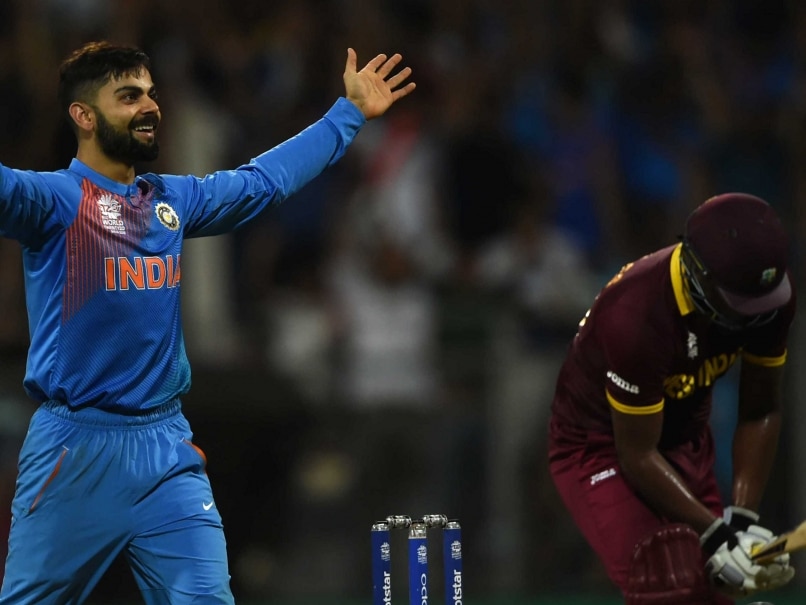 Virat Kohli's 273 runs in five games was the lone bright star in an Indian team that under-performed in the World T20.© AFP

The legend of Virat Kohli reached gigantic proportions as the reigning superstar of Indian cricket virtually made the World Twenty20 a one-man show till his team's campaign ended in the semi-final against West Indies due to lackadaisical effort from leading bowlers. (Let Down by Teammates, Virat Kohli's Golden World T20 Run Ends)

Qualifying for the semi-final should not be considered bad at all in the final context of the tournament but given the familiar setting of the home conditions, one hoped that Mahendra Singh Dhoni's boys would not end up second best in a last-four clash on a belter of a pitch with vocal crowd support. (Virat Kohli Draws Inspiration From Amir Hussain Lone)

Kohli's effort masked the poor efforts of the rest of his team-mates in such a way that a majority of Indian fans have reacted positively to India's performance despite their semi-final exit. Kohli took to Twitter to express his happiness (India Got Basics Wrong in Semi-Final, Says Shane Warne)

Thank You for a memorable tournament Thank You everyone for supporting us & cheering for us relentlessly #IndiaIndia pic.twitter.com/Iw0HEbGhSi

If Kohli was the brightest spot for India, the bowling of Ravichandran Ashwin and especially Ravindra Jadeja on sub-continental tracks looked pedestrian. A total of eight wickets between them (4 each) in five matches is a testimony to the fact. The duo were not penetrative enough on turners and on a good batting track like Wankhede, they looked clueless.

Coming back to the positives, Kohli has slowly and surely turned into the rightful claimant to Sachin Tendulkar's throne as the carrier of a billion hopes.

Kohli scored 273 runs in five matches but more than the volume of runs, it was the quality of his batsmanship that left everyone yearning for more.

If an unbeaten 55 against Pakistan on a rank turner was all about artistry, the undefeated 82 is a stuff of legends on how one can win a T20 game with copybook cricket. The 89 not out in the semi-final was another tremendous effort even though he had a slice of luck.


Most of his 29 boundaries were classical shots - whether it was the cover drive or the square drive, which he can now get patented. Not to forget the rolling of wrists when he hits the pull shot in front of square.

However, take Kohli out of the equation and India's campaign in World T20 looked like a one-man show where there wasn't a second hero around. Dhoni's running between the wickets was exceptional, and so was his memorable sprint to run Mustafizur Rahaman out.


Such was Kohli's domination that the next highest run-getter was Dhoni with 89 runs from five outings. To be fair to the skipper, he only got to bat towards the end of the innings.

The performance, or the lack of it, of Rohit Sharma, Shikhar Dhawan, Suresh Raina, left a lot to be desired as they all got decent hit in the middle. Rohit though looked in some form in the semi-finals.

A last-four finish may look impressive but there were times when it felt that Dhoni could have been flexible with his bowling line-up, especially on pitches that offered turn.

At Jamtha or in Eden Gardens, a third spinner in Harbhajan Singh could have been played.

Playing a lone game against United Arab Emirates out of the 16 T20 Internationals in 2016 must not have been a great feeling for India's third highest wicket-taker in Test matches.

Call it funny or intriguing but there were two sorts of pitches, where Ashwin and Jadeja did not perform. One, where the ball turned too much, and the other where there was no turn on offer like the one at Wankhede yesterday.

Worse, Dhoni showed more confidence in Kohli's bowling abilities than Ashwin's in the 20th over even when the Tamil Nadu offie had an over left in the semifinal last night.

Ashwin similarly did not finish his quota of overs in Mohali against Australia after being hammered (31 in 2 overs) and did not get 4 overs against Pakistan at Eden Gardens.

Similarly, Dhoni's defence of Jadeja suffering due to the dew factor, does not hold much ground as the Saurashtra left-armer has never put his hand up in trying circumstances.

He has been a decent bowler on helpful tracks but a peek at his records on flat tracks suggests otherwise.

The silverlining in India's bowling effort was Ashish Nehra, who at nearly 37 years showed why he is rated amongst the best in the business when it comes to death bowling.

Young Jasprit Bumrah bowled a phenomenal penultimate over against Bangladesh while Hardik Pandya has shown that there is room for a lot of improvement. He can hit big but no one knows his batting capabilities on tricky surfaces while as a bowler he did not display any change-ups when Johnson Charles, Andre Russell and Lendl Simmons were giving him the charge.

So it basically boiled down to Kohli's Herculean effort with the willow that burried India's inconsistencies, making it look decent enough at the end of it all.