PR Sreejesh feels India's tour to Belgium from September 26 to October 3 will make the team sharp and ready for the Olympic Qualifiers. 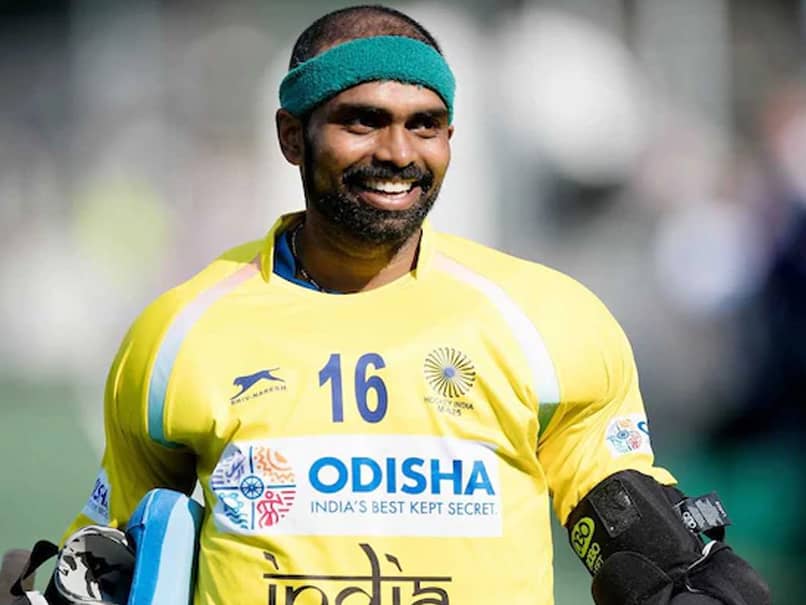 PR Sreejesh emphasised that India will go for the win against Russia at FIH Olympic Qualifiers.© Hockey India

With India slated to take on Russia at the FIH Olympic Qualifiers, experienced goalkeeper PR Sreejesh has emphasised that his side will enter the contest to win. "It is every player's dream to play the Olympics and Russia who are now investing in hockey and want to do well in this sport will surely come well-prepared and we can definitely expect a good challenge from them," Sreejesh was quoted as saying by Hockey India. He added that the draw which was live streamed did create some anxious moments as all the players watched it together.

"It was a good decision by FIH to create this kind of buzz around the draw for Olympic Qualifiers. Watching it Live was exciting and also anxious at the same time as all of us sat together to watch the draw. But to be honest we had discussed what it would take from the team if we had to play Pakistan or Austria or for that matter Egypt who later dropped out. So in that sense, we were mentally prepared to take on any team. Also I think retaining the World Ranking at No.5 was a boon," he expressed.

The goalkeeper feels India's tour to Belgium from September 26 to October 3 will make the team sharp and ready for the Olympic Qualifiers to be held on November 1 and 2 in Bhubaneswar. "I think playing the World Champions Belgium who have been in great form will be like a preparatory test before the actual exam. We have been working on an improved defensive structure, better PC defending and also on scoring opportunities and it will be important to execute this as planned against Belgium," stated Sreejesh.

Talking about India's goalkeeping options, he commended his younger compatriots Suraj Karkera and Krishan Pathak for a good show in the Olympic Test Event in Tokyo, Japan. "It's good to see both of them perform well. It is always good to have competition within the team and I am enjoying the role of mentoring them and at the same time improving my own game," he said.

Comments
Topics mentioned in this article
India PR Sreejesh Hockey
Get the latest updates on India vs Australia Series, check out the India vs Australia Schedule for 2020-21 and Ind vs Aus live score . Like us on Facebook or follow us on Twitter for more sports updates. You can also download the NDTV Cricket app for Android or iOS.