Lewis Hamilton, who will attempt to equal Michael Schumacher's record of 91 Grand Prix wins in Russia this weekend -- is the only black driver in Formula One. 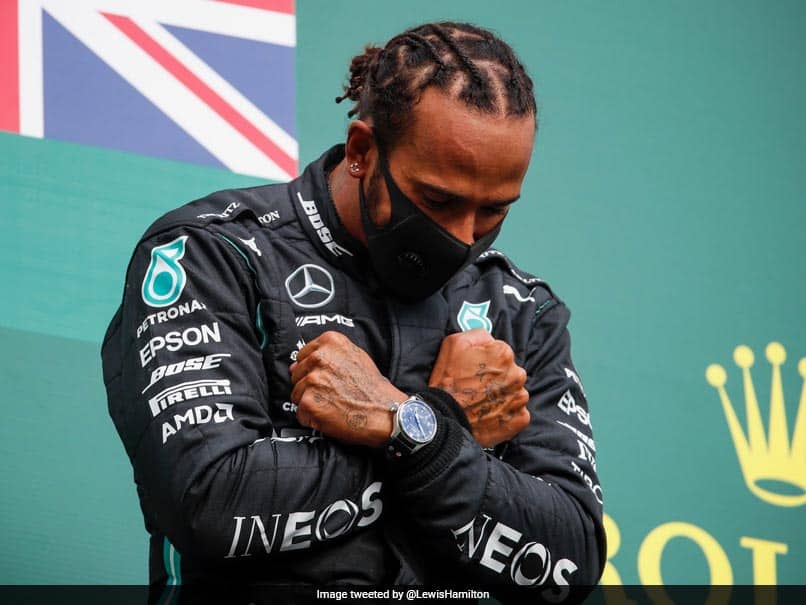 Lewis Hamilton pledged on Thursday to grow the number of black people in motor racing, announcing members of his Hamilton Commission that aims to tackle the lack of diversity at all levels of the sport. The British six-time Formula One world champion, who has been vocal in his support of the Black Lives Matter movement, launched the initiative in June. The 14-member body includes Hamilton's former McLaren boss Martin Whitmarsh, former sports minister Tracey Crouch and Hayaatun Sillem, the chief executive of the Royal Academy of Engineering.

Hamilton, who will attempt to equal Michael Schumacher's record of 91 Grand Prix wins in Russia this weekend -- is the only black driver in Formula One.

Red Bull's British-born Thai Alexander Albon is the sport's only other non-white competitor.

"What is more concerning is that there are still very few people of colour across the sport as a whole," Hamilton said in a statement.

"In F1, our teams are much bigger than the athletes that front them, but representation is insufficient across every skill set -- from the garage to the engineers in the factories and design departments."

Hamilton said change was not coming quickly enough and it was important to know why.

"This is why I wanted to set up the commission," he said. "And I'm proud to be working with the Royal Academy of Engineering and our incredible board of commissioners to identify the barriers facing young black people to take up STEM (science, technology, engineering and maths) careers in motorsport.

"We are dedicated to this cause and, together, we will make a change."

Sillem, of the Royal Academy of Engineering, said it was a "truly unique opportunity to drive transformational change on this crucial issue and, in the process, to learn more about how we can enrich diversity in other parts of engineering and society".

Hamilton has led fellow drivers in taking the knee at races this season following the death of George Floyd in the United States.

His Mercedes team have painted their cars black for this season, instead of their trademark silver, to signal their commitment to greater diversity and inclusion.

F1 has launched an equality and diversity taskforce to increase opportunity for minority groups and has pledged to work with the Hamilton Commission.