Sebastian Vettel Should Take A Break From Formula One, Says Red Bull Advisor

Helmet Marko confirmed that Red Bull would not be able to offer Sebastian Vettel a seat next season. 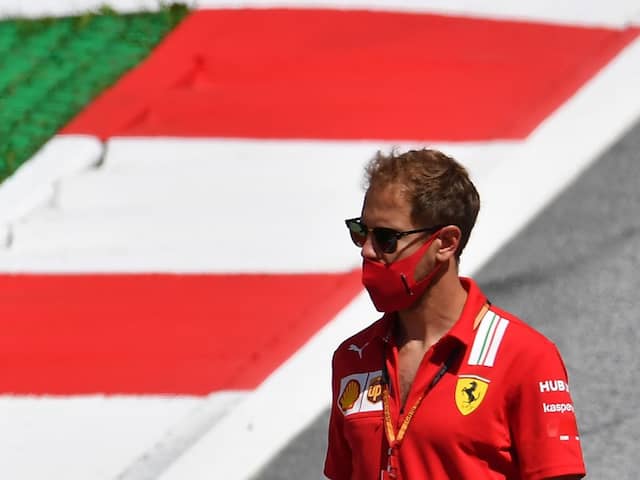 Sebastian Vettel has said he will take time to reflect on his future and has no immediate wish to retire.© AFP

Sebastian Vettel should abandon hopes of racing in Formula One next year and take a break from the sport, influential Red Bull advisor Helmet Marko said Thursday. The 77-year-old Austrian knows Vettel well and believes there are no serious vacancies on the 2021 grid when he is dumped by Ferrari at the end of the season. Marko confirmed that Red Bull would not be able to offer their former champion driver a seat next season - making clear that the 33-year-old German could be without a team after Renault on Wednesday confirmed the return of Fernando Alonso for 2021.

"I would take a year off and look at it from an outside perspective," Marko told specialist German magazine Auto Motor und Sport.

"But then maybe he likes the life with the family so much that he leaves completely."

Marko closed the door on a Vettel return to the team where he made his name by claiming the drivers' title every year from 2010 to 2013.

Marko might have added 'F1 is no place for old men' until Renault's move to recruit veteran Alonso as Vettel appeared to be squeezed out by younger men in all directions.

Vettel's possible options have been reduced not only by Alonso's return to Renault, where he won his two titles in 2005 and 2006, but by McLaren's move to sign Daniel Ricciardo as successor to Ferrari-bound Carlos Sainz, the man who will replace Vettel at Maranello.

Defending six-times champions Mercedes have said they are very happy with their current driver pairing of champion Lewis Hamilton and Valtteri Bottas, who won last Sunday's season-opening Austrian Grand Prix, even though both are out of contract at the end of this year.

Vettel has said he will take time to reflect on his future and has no immediate wish to retire. "If you make the decision to close the door, you shouldn't do it so that you can hope to open it again sometime," he said in Spielberg last weekend.

"You have to be prepared to leave the door closed."

No sooner had he spoken, it seemed, than Alonso's actions contradicted that theory - the Spaniard, who 'retired' after leaving McLaren in 2018, will be 40 next year.

His return prompted Renault team chief Cyril Abiteboul on Thursday to defend the team's junior driver programme from criticism for not producing a contender for the seat.

"I can expect after our decision to rejoin with Fernando that this could be seen as a lack of interest, or loyalty, towards our own project of the Renault Sport Academy," said Abiteboul.

"But I want to be extremely clear that it is not. The plan of the academy was to be able to have a driver joining Formula 1 in 2021 -- and who knows, this may be the case."

Alonso's return is likely to mean there will be no place at Renault next year for outstanding Chinese racer Guanya Zhou, 20, who this year was promoted to be the team's test driver and has been impressive in Formula Two.

The Spaniard said he has no fears that his advancing years will be a problem.

"I saw Formula One for many years," he said. "And the stopwatch is the only thing that matters, not the age.

"I never had the classification in a race based on the passport or date of birth, but always by the stopwatch. So, hopefully, I am still fast, or faster than them!"