Sebastian Vettel insisted that he can bounce back and help Ferrari return to competitive form at the front of the field. 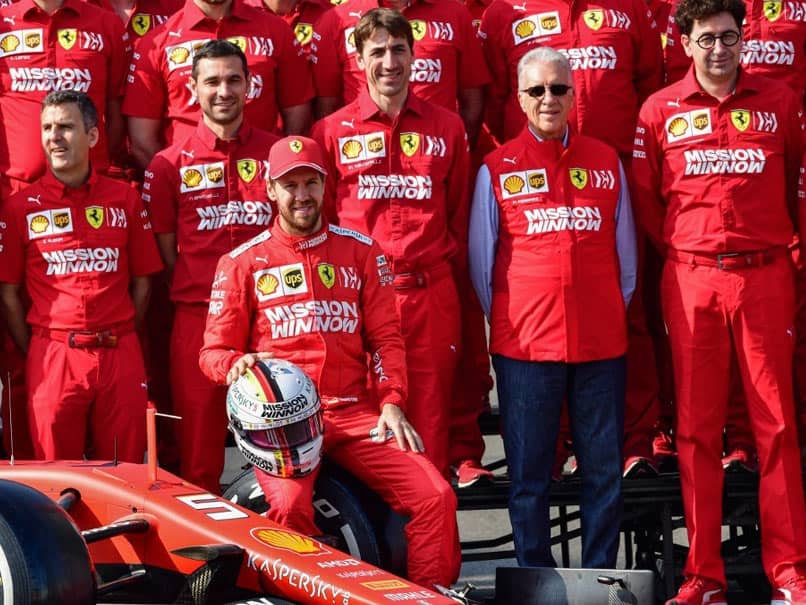 Sebastian Vettel struggled for much of 2019 and was pushed aside for a spell.© AFP

Sebastian Vettel admitted he needs to improve his individual performances next year after being outperformed by Ferrari team-mate Charles Leclerc this season. The four-time world champion was beaten in the championship by the young Monegasque -- the first time he has been out-scored in a title race by his team-mate. Leclerc gained a provisional podium finish in third place behind triumphant six-time champion Lewis Hamilton of Mercedes and Red Bull's Max Verstappen, but faced a post-race investigation into alleged fuel irregularities.

"We didn't have the year we were hoping for, full stop," said a disappointed Vettel after finishing fifth at the Yas Marina circuit.

"I think the reasons are clear and the lessons are clear. As a team, we must be stronger. As an individual, I must do better -- I can do better. It wasn't a great year from my side."

Looking forwards, he insisted that he can bounce back and help Ferrari return to competitive form at the front of the field.

"I don't think it was as bad as it looks because there were many small things leading to not a great picture in the end," he explained.

"I'm the first one to look at myself. I'm honest. I know I can do better. That's for sure the target next year -- to take that step forward.

"And, hopefully, we get a stronger package as well to fight with Mercedes and Red Bull in the front."

Vettel struggled for much of 2019 and was pushed aside for a spell as Leclerc gained the ascendancy in the team, but bounced back in the final races.

He was at the centre of many rumours mid-season suggesting he was losing his love for Formula One and was poised to retire, but these were banished as he recovered his form.

He was late arriving in Abu Dhabi after the birth of his third child, a son, and admitted on Saturday that he felt a strong pull to be at home with his young family.

Sebastian Vettel Formula 1
Get the latest updates on IPL 2020, check out the IPL Schedule for 2020 and Indian Premier League (IPL) Cricket live score . Like us on Facebook or follow us on Twitter for more sports updates. You can also download the NDTV Cricket app for Android or iOS.
Advertisement