Renault lodged a protest against Racing Point, whose car has been dubbed the 'pink Mercedes' due to alleged similarities with the world champions' cars from last season. 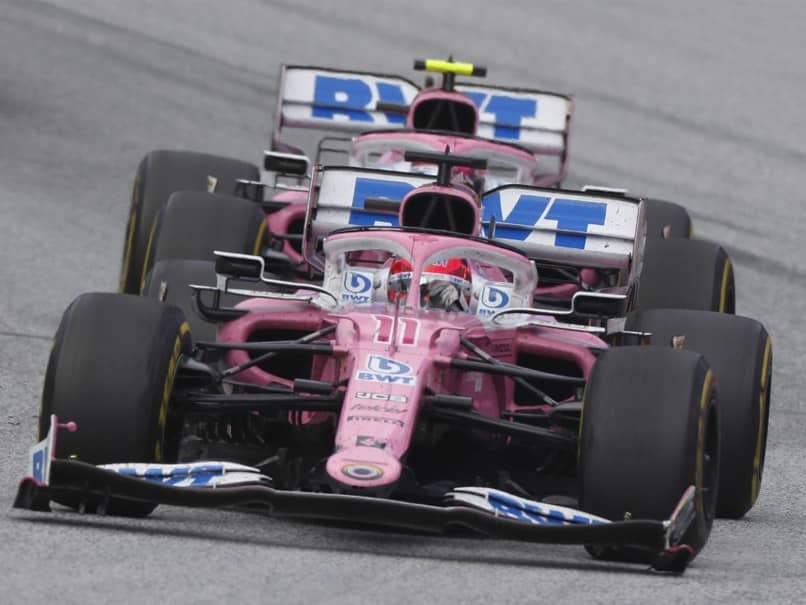 Racing Point on Monday said they were "confident" a "misconceived" protest by Renault regarding the legality of their Formula One car would not see the FIA find any wrongdoing. Renault lodged a protest against Racing Point, whose car has been dubbed the 'pink Mercedes' due to alleged similarities with the world champions' cars from last season, after Sunday's Styrian Grand Prix. The protest regards concerns over regulations on 'listed parts'. "Racing Point F1 team is extremely disappointed to see its results in the Styrian Grand Prix questioned by what it considers to be a misconceived and poorly informed protest," the team said in a statement sent to AFP.

"Any and all suggestion of wrongdoing is firmly rejected and the team will take all steps necessary to ensure the correct application of the regulations to the facts.

"Prior to the start of the season, the team cooperated with the FIA and satisfactorily addressed all questions regarding the origins of the designs of the RP20.

"The team is confident that the protest will be dismissed once it has presented its response."

Under F1 regulations, teams must use parts they have designed and they are barred from out-sourcing design to a competitor.

When contacted by AFP, Mercedes did not comment on the matter, while Renault said on Sunday they did not want to say anything until the decision of the race commissioners.

Comments
Topics mentioned in this article
Renault Austrian Grand Prix Formula 1
Get the latest updates on India vs Australia Series, check out the India vs Australia Schedule for 2020-21 and Ind vs Aus live score . Like us on Facebook or follow us on Twitter for more sports updates. You can also download the NDTV Cricket app for Android or iOS.