Many global sports stars, including several Formula One drivers, have spoken out against racial injustice following the death of George Floyd. 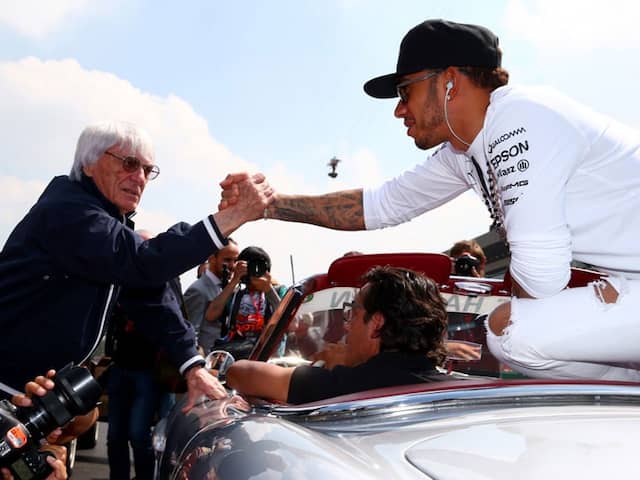 Bernie Ecclestone said Lewis Hamilton and other sports stars should have the freedom to air their views.© AFP

Former F1 supremo Bernie Ecclestone has backed Lewis Hamilton after the six-time world champion spoke about his "rage" over racial injustice following the death of George Floyd. The 89-year-old Englishman said Hamilton and other sports stars should have the freedom to air their views. Hamilton, the only black driver in F1, on Tuesday, said he had been "completely overcome with rage at the sight of such blatant disregard for the lives of our (black) people" following the incident in the United States.

It was the second time he has spoken out about the death of Floyd, an unarmed African-American who died last week after a police officer in Minneapolis knelt on his neck.

Many global sports stars, including several Formula One drivers, have spoken out against racial injustice since the incident.

"It is a good thing that Lewis does come out and the footballers and start talking and they should carry on doing so," Ecclestone told AFP by phone from his home in Switzerland.

Ecclestone, who oversaw the transformation of F1 into a global multi-billion-dollar commercial giant, welcomed the widespread reaction to Floyd's death.

"As far as I am personally concerned, it is a great surprise to me it has taken so long for a black person to be so brutally killed to bring sports people's attention to these things," he said.

Ecclestone said he had taken a stand against racism when he removed the South African Grand Prix from the calendar in 1986 due to the apartheid regime then in place.

"I pulled the race out of South Africa when there was apartheid, which was wrong and disgusting," said Ecclestone

"I don't see that racism has ever gone away. People have always not been very nice."

Ecclestone compared his South African decision to when there were protests over the Bahrain Grand Prix in 2012.

The previous year's edition had been cancelled due to unrest in the country. Authorities cracked down on Shiite-led protests demanding political reform.

But the Bahrain race controversially went ahead in 2012.

"I argued in Bahrain and supported the people who were complaining they had been bullied or whatever," he said.

"I met the person who was organising  the protests and met with people who claimed to have been tortured.

"In this case they wanted to take over the country and that was not the case in South Africa nor now in the United States -- quite the opposite."