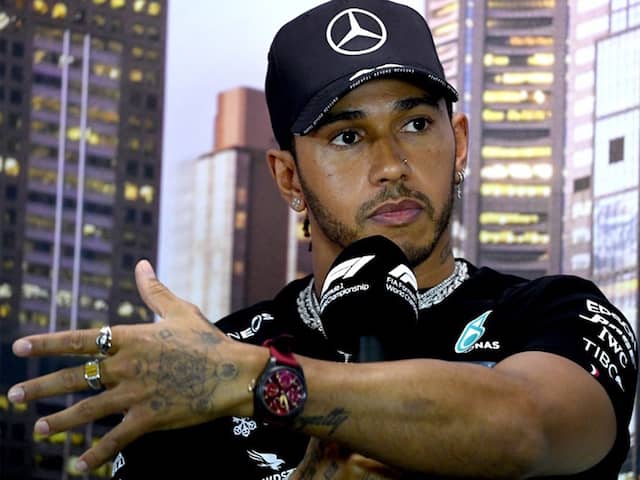 Romain Grosjean said it was "unacceptable" for Lewis Hamilton to earn more than $40 million.© AFP

Lewis Hamilton hit out Saturday at reports claiming he is seeking a big salary increase to re-sign with Mercedes for 2021 and beyond. As rival driver Romain Grosjean said it was "unacceptable" for Hamilton to earn more than $40 million, the six-time champion took to social media to slam the stories. "The media keep writing about (my) contract and making demands, but I haven't even spoken with Toto about it yet," he wrote on Instagram. "No demands. The conversation hasn't even begun. So please stop making shit up." 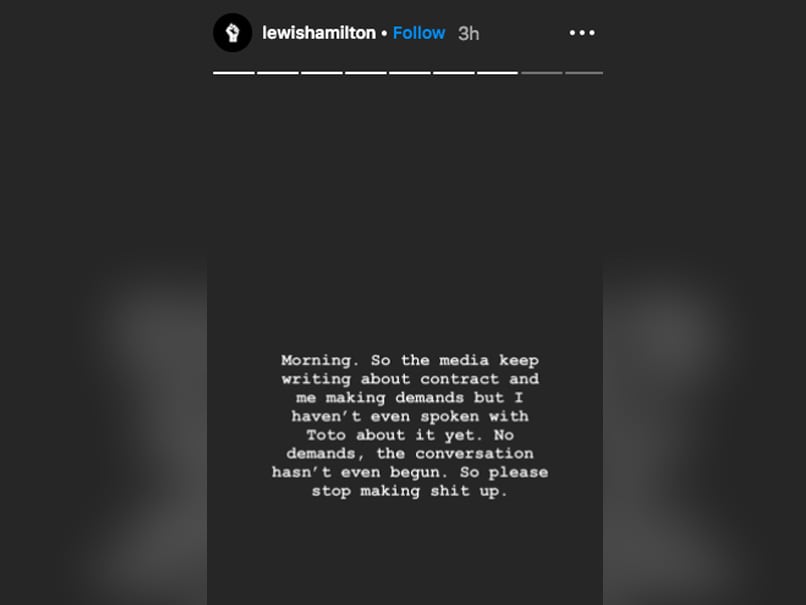 Hamilton did not specify which news organisations he was referring to, but a report in the London Daily Mail earlier this week claimed he was seeking a salary increase to $50 million.

Other reports said Mercedes were not prepared to exceed $20 million (dollars).

Frenchman Grosjean, who races for the American Haas team and is a director of the Grand Prix Drivers Association (GPDA), said there had been some debate on the issue and pointed out that limiting pay at the top end of the drivers' market could impact the careers of younger rising stars.

"We had this talk in the GPDA," he said. "Some were in favour, others were against. I do think it's unacceptable that Lewis Hamilton earns more than 40 million dollars while some drivers earn 150,000 a year for the same job.

"However, it was pointed out that if we cap drivers' salaries, we break the whole ladder of motorsport.

"Who would invest money in young driver programmes to pay for their racing if they can't get their money back by taking a percentage of the drivers' high wages? That's the debate.

"Personally, I wasn't necessarily against the idea of having drivers' salaries (included) in the budget cap...

"But then, for sure, you would question what manufacturer or manager would come and spend a fortune on a driver only to take back 20 per cent of something that is capped - so they never get their money back."

Mercedes team chief Toto Wolff said he had tried to remain in contact with both Hamilton and his team-mate Valtteri Bottas during the lockdown. Both drivers' contracts expire this year.

"Simply based on the fact that we haven't seen each other a lot, we have been keeping the discussion up," Wolff said.

"We are in a position of trust with both, which you could say, in F1, doesn't mean a lot -- but it does in our team and I guess that we will do the next steps soon.

"But I don't want to commit to any timing because I don't want to answer questions every weekend. There's no urgency. All of us want to do it and when the time is right we will announce it."

Romain Grosjean Red Bull Ring Austrian Grand Prix Formula 1
Get the latest Cricket news, check out the India cricket schedule, Cricket live score . Like us on Facebook or follow us on Twitter for more sports updates. You can also download the NDTV Cricket app for Android or iOS.