Charles Leclerc is the junior driver to four-time world champion Sebastian Vettel, whose contract at Ferrari ends after the 2020 season. 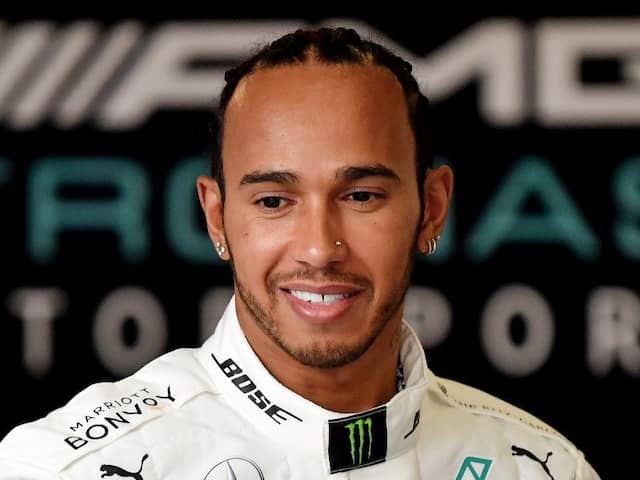 Lewis Hamilton will be bidding for a record-equalling seventh world title in 2020.© AFP

Ferrari chief executive officer Louis Camilleri said Thursday that it was premature to talk about a possible move of six-time world champion Lewis Hamilton to the Italian team. Camilleri confirmed that Mercedes driver Hamilton has had "conversations" with Ferrari chairman John Elkann, but not with him nor Team Principal Mattia Binotto. "It is common knowledge that Lewis has had conversations with (Elkann)," Camilleri told reporters at Ferrari headquarters at Maranello.

"(But) that was a little exaggerated. While it was at a social event, they have mutual friends," said Camilleri, adding that "it would be premature to decide anything today."

The 34-year-old Hamilton, who comes to the end of his Mercedes contract next season, will be bidding for a record-equalling seventh world title in 2020.

Meanwhile, Camilleri pointed out that Ferrari have a "long-term agreement" with Charles Leclerc, the 22-year-old driver from Monaco who joined the team in 2015 and is under contract until the 2022 season.

Leclerc is the junior driver to four-time world champion Sebastian Vettel, whose contract at Ferrari ends after the 2020 season.

"We need to see both the performances, the way he adapts to the car (for the 2020 season) and his motivation for the future," said Binotto of 32-year-old Vettel.

"It's not about whether he'll make mistakes or not," he continued, "it's really about how he sees his future and how we see our team."

But 2021 will in any case be "too early" for one of the young drivers to move up from the Ferrari Driver Academy, the Italian said.

"It will be important to have drivers with some (Formula One) experience because the cars will be completely new," added Binotto.

Among these is 20-year-old Mick Schumacher, son of Ferrari legend Michael, who finished 12th in his first season in Formula 2.

"We're expecting a lot from him next year because he'll have a season behind him and we're pretty sure he is a good candidate for F1 in the future," added Binotto.

"Will he be a good candidate for Ferrari? It really is to early to say."