Mercedes have reverse-engineered the device and say they can make them quickly "by the thousands". 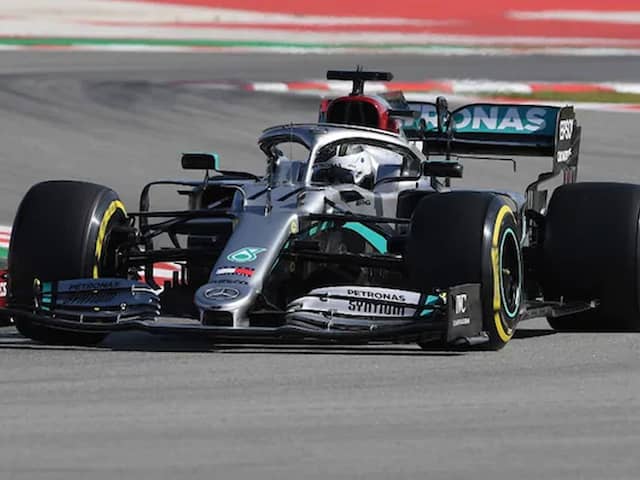 Mercedes to adapt a breathing aid for mass production to fight coronavirus.© AFP

Medical researchers and engineers have teamed up with Formula One outfit Mercedes to adapt a breathing aid for mass production that could keep coronavirus patients off much-needed ventilators. University College London said UK regulators had approved its adaptation of the continuous positive airway pressure device (CPAP), which helps patients with breathing difficulties. A version of the equipment, which increases air and oxygen flow into the lungs, has already been used in hospitals in Italy and China to help COVID-19 patients with serious lung infections.

Teams at UCL and Mercedes have reverse-engineered the device and say they can make them quickly "by the thousands" and provide hospitals across Britain, as pressure builds due to more confirmed cases.

Reports from Italy indicated about 50 percent of patients given CPAP did not need mechanical ventilation, which requires sedation and a tube placed into the patient's windpipe, UCL said.

Clinical trials with 100 of the machines are to be carried out at University College London Hospital, it added in a statement on Sunday.

"These devices will help save lives by ensuring that ventilators, a limited resource, are used only for the severely ill," said UCLH critical care consultant Mervyn Singer.

"While they will be tested at UCLH first, we hope they will make a real difference to hospitals across the UK by reducing demand on intensive care staff and beds, as well as helping patients recover without the need for more invasive ventilation."

Britain's state-run National Health Service currently has some 8,000 ventilators and the government has ordered 8,000 more. But there is concern there will be a shortage as the virus peaks.

Prime Minister Boris Johnson has put his government on a war footing, appealing to major manufacturers and industry to repurpose their production, including for medical devices.

Tim Baker, from UCL's mechanical engineering department, said the process took days instead of years and improvements were made to the devices using computer simulations to help mass production.

UK-based Formula One teams and their technology partners have been involved in a variety of schemes to meet medical needs in a partnership called "Project Pitlane".

With the season suspended due to the outbreak, they say they are well-placed to help because of their engineers' expertise in rapid design, making prototypes, testing and assembly.

Andy Cowell, managing director of Mercedes-AMG High-Performance Powertrains, said: "We have been proud to put our resources at the service of UCL to deliver the CPAP project to the highest standards and in the fastest possible timeframe."