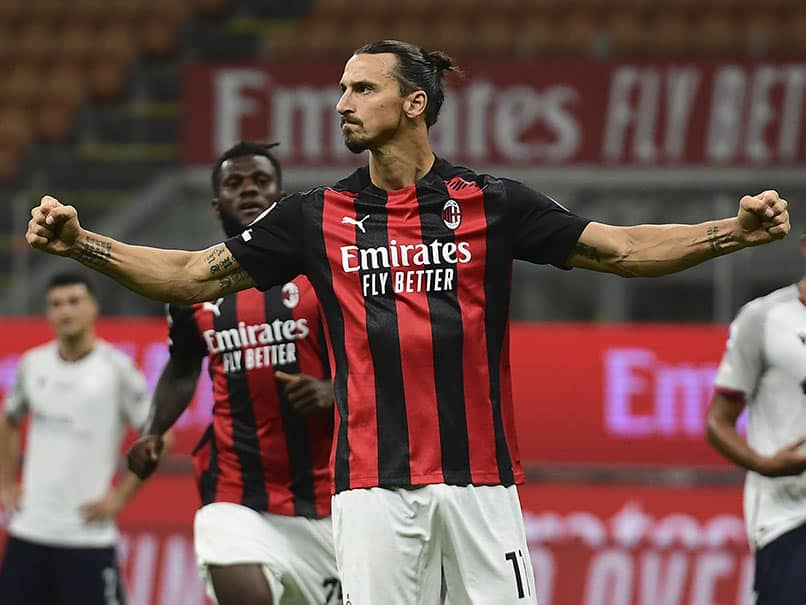 AC Milan star Zlatan Ibrahimovic has been placed in quarantine after testing positive for coronavirus, the Italian club disclosed on Thursday. Ibrahimovic, who turns 39 on October 3, is self-isolating at home following the test carried out ahead of the team's Europa League third qualifying round tie against Norwegian club Bodo-Glimt in the San Siro later Thursday. "Ibrahimovic has tested positive for Covid-19 following a second round of swab tests ahead of tonight's game against Bodo/Glimt," the Serie A side said.

"The club has informed the relevant authorities and the player has been promptly placed in quarantine at home. All other team members and staff have tested negative."

The second round of tests were carried out after AC Milan's Brazilian defender Leo Duarte tested positive for Covid-19 on Wednesday.

Swede Ibrahimovic will not only skip Thursday's game but any Europa League play-offs and the next two Serie A games against Crotone and Spezia.

Ibrahimovic will most likely be available again after the international break for the Milan derby against city rivals Inter on October 17.

Ibrahimovic has scored three goals in two games so far this season -- a double in AC Milan's Serie A opener against Bologna last weekend having also netted against Irish side Shamrock Rovers in the Europa League.

The forward rejoined Milan in January on a six-month contract after leaving Los Angeles Galaxy, on a deal worth 3.5 million euros ($3.9 million) with the option for an additional season.

Last month he reached an agreement on a new deal for another season reportedly worth 7 million euros ($8.3m).

"I think that we can all see that Ibra has played an important part in our season and our growth," AC Milan CEO Ivan Gazidis said of last season.

The seven-time European champions moved up from 11th on his arrival to sixth, finishing the league season on a 12-game unbeaten run.

Ibrahimovic also helped Milan to the last of their 18 Serie A titles in 2011.

He also won three league titles with Inter and two with Juventus which were both revoked because of the 'Calciopoli' match-fixing scandal.

AC Milan Football
Get the latest updates on IPL 2020, check out the IPL Schedule for 2020 and Indian Premier League (IPL) Cricket live score . Like us on Facebook or follow us on Twitter for more sports updates. You can also download the NDTV Cricket app for Android or iOS.