The UEFA confirmed the postponement of the Champions League, Europa League and women's Champions League finals, originally scheduled for May, due to the coronavirus pandemic, with no new date given. 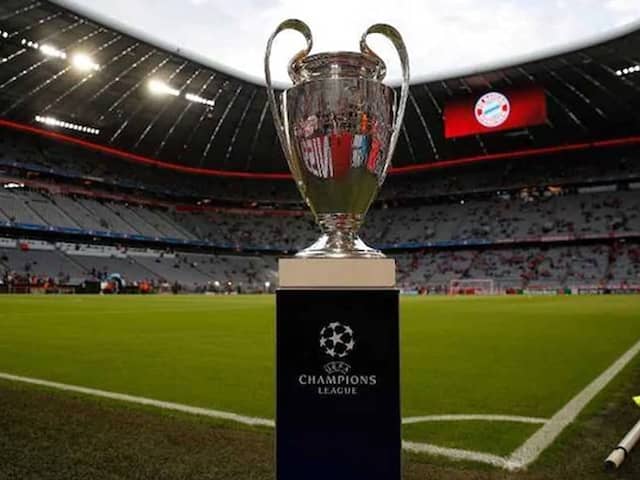 UEFA said that "no decision has yet been made on rearranged dates".© AFP

UEFA announced on Monday that it has postponed the Champions League, Europa League and women's Champions League finals, originally scheduled for May, due to the coronavirus pandemic, with no new date given. European football's governing body had already postponed the competitions until further notice earlier this month. UEFA said that "no decision has yet been made on rearranged dates". "The working group, established last week as a result of the conference call among the stakeholders of European football, which was chaired by UEFA president, Aleksander Ceferin, will analyse the options available," UEFA said in a statement.

"The group has already begun its examination of the calendar. Announcements will be made in due course."

The 2020 men's Champions League final had been due to be played at Istanbul's Ataturk Stadium on May 30, with the Europa League final to have been staged in Polish city Gdansk three days before.

The women's Champions League final was scheduled for May 24 in Vienna.

Four of the men's Champions League last-16 second legs, originally slated for March 17 and 18, were delayed because of the new coronavirus outbreak, along with all of the Europa League last-16 return games.

Europe's top leagues have all been postponed, while the 2020 European Championship has been put back until next year.

Atletico Madrid, Paris Saint-Germain, Atalanta and RB Leipzig are the four teams to have so far booked their places in the Champions League quarter-finals.

More financial pain for UEFA and Europe's major clubs could be on the horizon if the Champions League cannot be completed.

Ties from the quarter-finals onwards could be reduced to one-off games rather than two legs, while the semi-finals and finals could come together like a "final four" format often used in basketball.

"Without any prejudice, those are also options," Ceferin said last week.

"We have different options, but really it's far too early to be concrete. Whatever we decide, nothing is sure because we don't know when this COVID-19 will stop and allow us to play."