Torino v Parma Kicks Off Serie A Return On June 20

Serie A will resume with fixtures which were called off when Italian sports was suspended on March 9 because of the coronavirus pandemic. 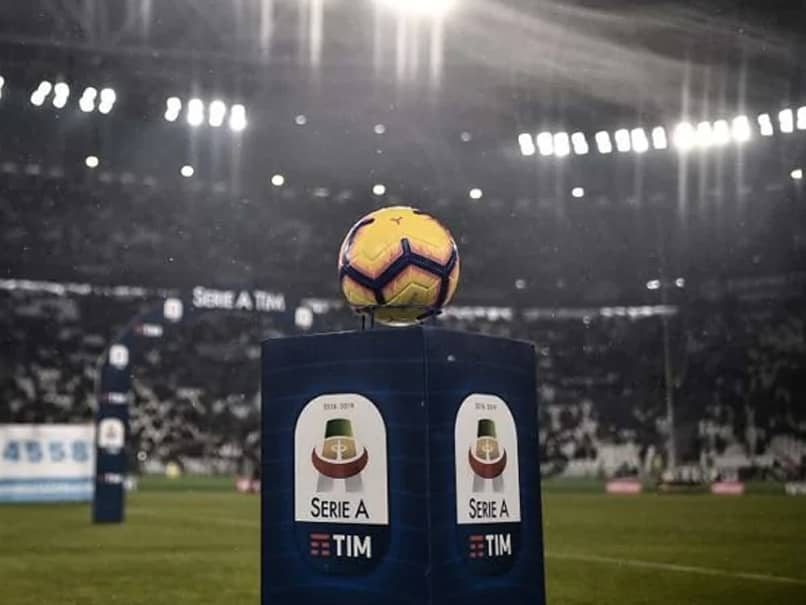 Serie A: Torino will host Parma in the first of four postponed matches on the opening weekend.© AFP

Serie A will return after a three-month coronavirus-enforced absence on June 20 with Torino hosting Parma in the first of four postponed matches on the opening weekend, the Italian league confirmed on Monday. The championship will resume with fixtures which were called off when Italian sports was suspended on March 9 because of the coronavirus. The first match will be 15th-placed Torino versus ninth-ranked Parma (1730GMT) on June 20 followed by Hellas Verona, in eighth, versus Cagliari, in 12th.

The following day fourth-placed Atalanta will host mid-table Sassuolo while Inter Milan, in third, will be at home against relegation-threatened Sampdoria.

After the four catch-up games, the 27th round of action will be played with matches scheduled from Monday, June 22 through to Wednesday, June 24.

Juventus, who are bidding for a ninth consecutive title, are one point ahead of Lazio.

Third-placed Inter Milan are nine points behind the leader with a game in hand.

Maurizio Sarri's Juventus travel to Bologna for their first game back on Monday with Lazio at Atalanta on Wednesday.

Juventus will host Lazio on July 20.

The league has not yet confirmed the dates for the Italian Cup, which is expected to be completed the week before Serie A restarts, with the final on June 17.

The return legs of the semi-finals remain to be played with Juventus facing AC Milan and Napoli playing Inter Milan.

Most of the matches will be played at 7.30pm and 9.45pm (local time), because of the summer heat in Italy, with only ten games scheduled earlier at 5.15pm, in the north of the country.

Games will be played behind closed doors and adhering to a strict health protocol, whereby the entire group must go into a training camp retreat for two weeks in the case of a positive test for Covid-19.

Italian football federation president Gabriele Gravina said Monday he hoped that a small number of fans will be able to attend matches before the season finishes.

"It is my heartfelt wish to be able to see a small presence in stadium for the end of the championship," said Gravina.

"It seems unthinkable that in a stadium with 60,000 seats, there is no space for a minimal percentage of spectators who can attend the match with all necessary precautions.

"Certainly it is premature today but with the resumption of the championship, there could be a new little signal of hope for our country."

The Italian federation outlined in a 40-page document earlier on Monday the guidelines for the resumption of competition, with a maximum of number of 300 people allowed in the stadium.