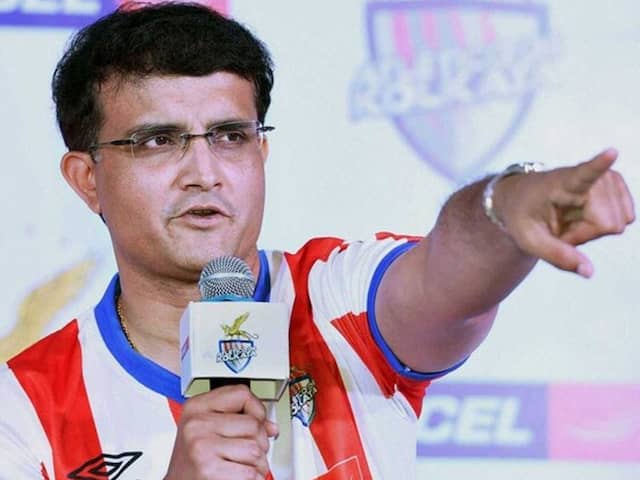 Sourav Ganguly said both the clubs will be the torchbearers for Indian football going ahead.© PTI

The Board of Control for Cricket in India's (BCCI) president Sourav Ganguly has welcomed the merger of Mohun Bagan and ATK and said that both the clubs will be the torchbearers for Indian football going ahead. "A momentus partnership for Bengal football. I have no doubt ATK and Mohun Bagan will be torchbearers of moving Indian football forward together. @IndSuperLeague," Ganguly tweeted. On Thursday, I-League club, Mohun Bagan announced the merger with Indian Super League (ISL) team ATK.

"In this context, I am very thankful to India's one of the most well-known industrialists and our Kolkata's very own Dr Sanjiv Goenka for his investment through RPSG. Their vision on Indian football aligns with our philosophy and our combined forces will surely take the club to bigger and greater heights. In this respect, it is a red-letter day in the history of this iconic institution," Swapan Sadhan Bose, Chairman, Mohun Bagan Football Club (India) Pvt. Ltd. said in an official statement.

"I can assure millions and millions of Bagan supporters spread across the globe, that the poetry will continue. Now that the prose is ready to lend a helping hand," he added.