India are scheduled to play Bangladesh in their second home game of the FIFA World Cup Qualifiers on October 15. 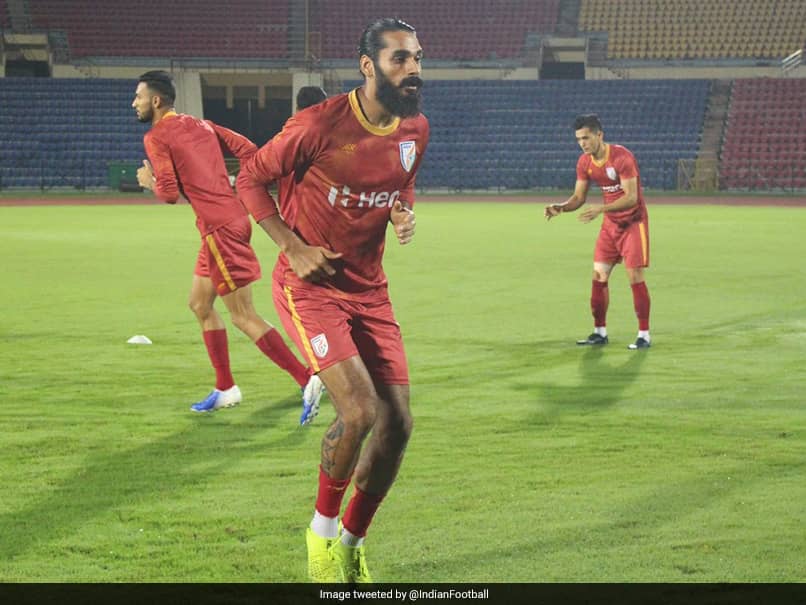 Sandesh Jhingan suffered a knock in the first-half and was substituted by Nishu Kumar.© Twitter @IndianFootball

India defender Sandesh Jhingan was on Thursday ruled out of their Bangladesh Group E FIFA World Cup qualifier after he picked up an injury in a friendly game. "Owing to an injury sustained in friendly game against @NEUtdFC, @SandeshJhingan has been ruled out from the forthcoming @FIFAWorldCup qualifier against Bangladesh on October 15. We wish him a speedy recovery," the Indian Football Team said in a tweet.

Owing to an injury sustained in friendly game against @NEUtdFC, @SandeshJhingan has been ruled out from the forthcoming @FIFAWorldCup qualifier against Bangladesh on October .

We wish him a speedy recovery #BackTheBlue #IndianFootball #BlueTigers pic.twitter.com/HGx8gqBbbX

India played out a 1-1 draw against NorthEast United (NEUFC) in a friendly match on Wednesday at Indira Gandhi Athletic Stadium in Guwahati.

Jhingan limped off around the 10-minute mark after he went down holding his ankle.

The Indian National Team are scheduled to play Bangladesh in their second home game of the FIFA World Cup Qualifiers at the VYBK on October 15.

The last time India played an International match in Kolkata was in 2011 against Malaysia.

"I can say how happy we are to go back to Kolkata. It's the 'Mecca of Indian Football.' I can see the excitement amongst the players about playing in Kolkata. I have been told that ticket sales are going at a great rate, and there might be 60-65 thousand people on 15th," Stimac said at a media interaction in Guwahati last week.

The Blue Tigers are currently undergoing a 10-day preparatory camp in Guwahati and they're scheduled to reach Kolkata on October 13, 2019, two days prior to the match against Bangladesh.

Meanwhile, Bangladesh, who are currently ranked 187 in the recently-released FIFA rankings, went down against Afghanistan in their campaign opener.

India Sandesh Jhingan Football
Get the latest updates on India vs Australia Series, check out the India vs Australia Schedule for 2020-21 and Ind vs Aus live score . Like us on Facebook or follow us on Twitter for more sports updates. You can also download the NDTV Cricket app for Android or iOS.