Streaming service Netflix appeared to make a joke about the spat, tweeting: "We're going to have to make a documentary about this, aren't we." 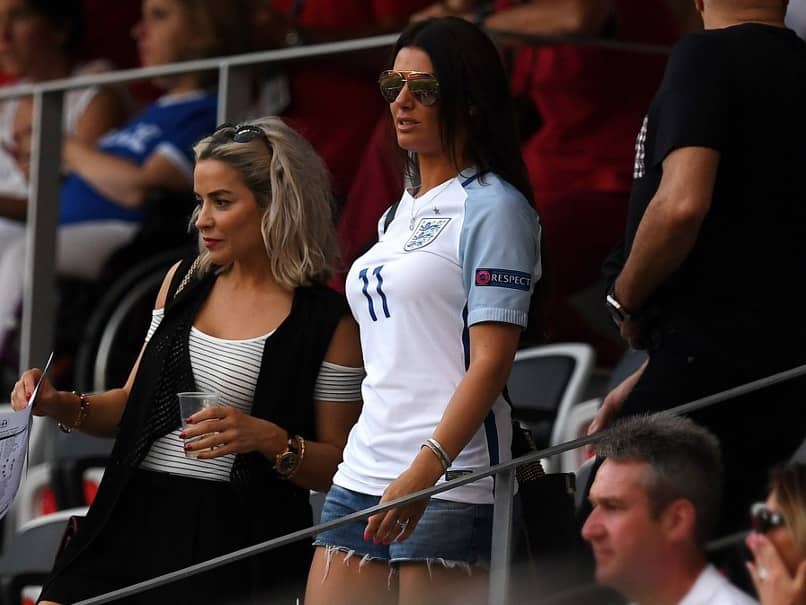 Rebekah Vardy and Coleen Rooney are trending on Twitter.© AFP

Coleen Rooney says someone using Rebekah Vardy's Instagram account has leaked stories about her as a Twitter spat between the two footballers' wives gripped Britain on Wednesday. Rooney, married to former England international Wayne Rooney, told her 1.3 million Twitter followers that she had spent five months attempting to work out who was sharing stories based on her personal social media posts. She said she worked out that the stories were coming from the account of reality TV star Vardy, the wife of Leicester City striker and ex-England international Jamie Vardy, following a sting operation.

She wrote on Twitter: "For a few years now someone who I trusted to follow me on my personal Instagram account has been consistently informing The SUN newspaper of my private posts and stories.

"There has been so much information given to them about me, my friends and my family -- all without my permission or knowledge."

Rooney, 33, said she had a suspicion of who it might be and blocked everyone apart from an Instagram page belonging to Vardy from seeing her Instagram stories.

She said she had posted a series of false stories, some of which made it into the Sun tabloid.

"I have saved and screenshotted all the original stories which clearly show just one person has viewed them," she said.

Vardy tweeted in response: "If you thought this was happening you could have told me & I could have changed my passwords to see if it stopped.

"Over the years various people have had access to my insta & just this week I found I was following people I didn't know and have never followed myself."

The former star of British TV reality show "I'm A Celebrity ... Get Me Out Of Here!" added: "I'm not being funny but I don't need the money, what would I gain from selling stories on you?"

Vardy, 37, who is pregnant with her fifth child, said she was "so upset" that Rooney had made the accusation, adding: "I'm disgusted that I'm even having to deny this.

"You should have called me the first time this happened."

The Sun has reported on Rooney and Vardy's exchange and their article states: "Each of the stories provided to the Sun was put to Coleen's representatives before publication, and on each occasion they declined to comment."

Streaming service Netflix appeared to make a joke about the spat, tweeting: "We're going to have to make a documentary about this, aren't we."

England Jamie Vardy Wayne Rooney Football
Get the latest updates on India vs Australia Series, check out the India vs Australia Schedule for 2020-21 and Ind vs Aus live score . Like us on Facebook or follow us on Twitter for more sports updates. You can also download the NDTV Cricket app for Android or iOS.