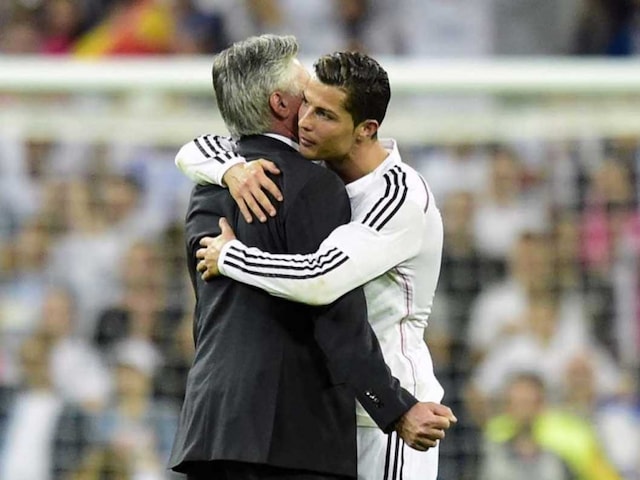 Madrid had fallen behind to an early Neymar goal Saturday night, but reacted well and dominated the second half to take all three points and move to within a point of Barca at the top of the Spanish La Liga table, reports Xinhua. (Five things to learn from Real Madrid C.F. vs Barcelona F.C. match)

"I always thought our defensive problems had not been due to lack of quality. It is a question of sacrifice and of working hard. I have a serious and professional side, which knows what it means to be part of Real Madrid," said Ancelotti, who hailed his players' ambition.

"We wanted to attack and use the wings and we won in the second half because we wanted to win," he said.

"This is an important win because we were playing a strong rival and we achieved our objective of cutting their lead. I am very satisfied."

"We are in very good form at the moment, I don't know if we have found the key and there will be tough times ahead, but my idea is for us to play this style of football. I am proud of these players," concluded Ancelotti.

Barca manager Luis Enrique had to answer some more difficult questions, but was honest in his assessment of the game.

"We stopped creating chances and that cost us. The second goal came from a set piece and third from a clear mistake. They did us a lot of damage.

"This shows that there are other teams equal to or better than us," admitted Luis Enrique, who said he had no regrets about handing a surprise start to Luis Suarez after his four month suspension.

"I don't regret starting him. He did more than I hoped for. He was in good shape and played with rhythm," said the Barca coach who insisted his side had to improve in defence.

"Losses are part of the learning curve. I hope that as a result of this defeat we cut down on errors. We have to talk about it as a team," said the former Barca midfielder.

Comments
Topics mentioned in this article
Real Madrid Barcelona Cristiano Ronaldo Simone Pepe Football
Get the latest Cricket news, check out the India cricket schedule, Cricket live score . Like us on Facebook or follow us on Twitter for more sports updates. You can also download the NDTV Cricket app for Android or iOS.