In Lionel Messi's absence, Argentina have played four friendlies, drawing against Chile and Germany while beating Mexico and Ecuador. 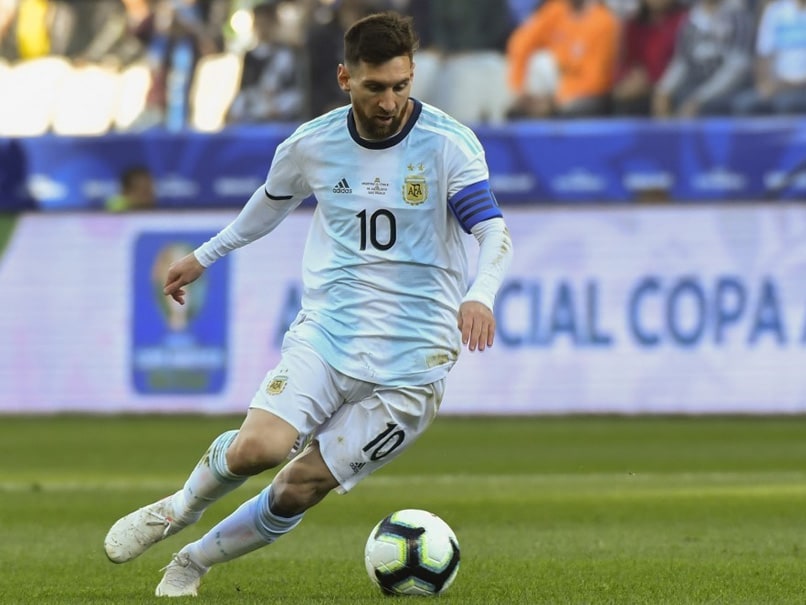 Lionel Messi is returning to the Argentina national team for two games in November.© AFP

Lionel Messi was called up by Argentina on Thursday for friendly games against Brazil and Uruguay next month, the country's football association announced on Twitter. Lionel Messi has not played for Argentina since he was sent off against Chile in their victorious third-place play-off match in the Copa America on July 7. The striker was then handed a three-month suspension for comments he made after the game, in which he accused CONMEBOL, the governing body of South American football, of corruption.

In-form Manchester City forward Sergio Aguero has been recalled after missing out on the last four friendlies, while Manchester United defender Marcos Rojo remains in the squad following his surprise recall after the Copa America.

In Messi's absence, Argentina have played four friendlies, drawing against Chile (0-0) and Germany (2-2) while thrashing Mexico 4-0 and Ecuador 6-1.

The five-time Ballon d'Or winner has endured an injury-hit start to the season after hurting his foot in August and then his thigh in September.

But his recovery has coincided with a return to form for Barcelona, who have won their last seven consecutive games in all competitions.

Lionel Messi scored twice in a 5-1 win over Real Valladolid on Tuesday.