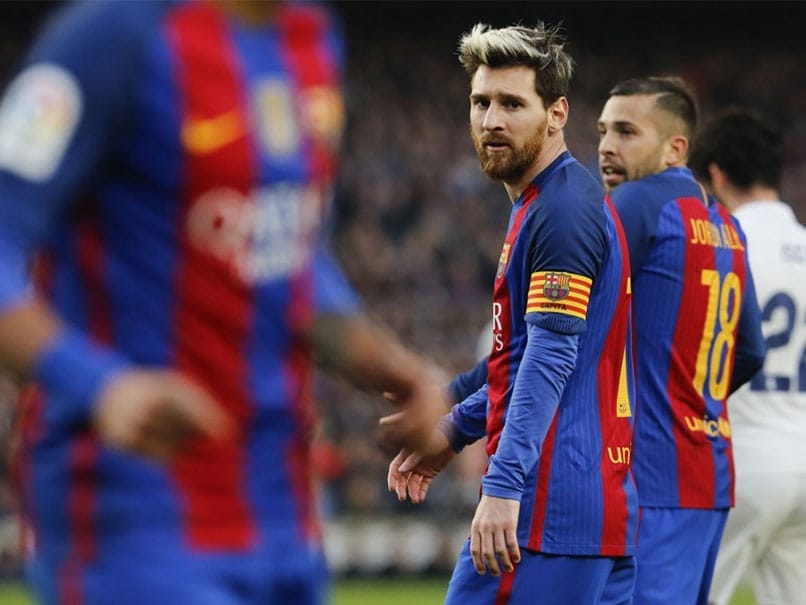 Barcelona midfielder Frenkie de Jong has revealed that teammate Lionel Messi is still in the club's "group chat" despite recently asking to leave Camp Nou. Messi has already expressed his desire to leave Barcelona and English club Manchester City are being viewed as one of the destinations for the Argentine superstar. "I hope that Messi is still there when I get back, but that is not something that is up to me. He's still in the group chat," Fox Sports quoted de Jong as saying. "I'm not anyone to talk about it with him, I'm sure he has many people around him doing that these days," the midfielder added.

Earlier, the organisers of La Liga had sided with Barcelona as they said that Messi's contract with the club is still valid. The organisers also clarified that if other clubs are interested in availing the footballer's services, then they must pay 700 million euros as the release clause amount in full.

This clarification from La Liga came as Messi sought to make his way out from Barcelona.

"The contract is currently in force and has a 'termination clause' applicable to the event that Lionel Messi decides to urge the early unilateral termination of the contract, carried out in accordance with article 16 of Royal Decree 1006/1985, of June 26, by which regulates the special employment relationship of professional athletes," La Liga had said in an official statement.

"In compliance with the applicable regulations, and following the corresponding procedure in these cases, La Liga will not carry out the prior visa process for the player to be removed from the federation if they have not previously paid the amount of said clause," it added.

On Sunday, Messi did not show up for Barcelona's pre-season coronavirus test.

On August 25, Messi had shocked Barcelona by asking the club to let him leave. Messi had asked Barcelona to activate a clause in his contract which will allow him to leave for free.

Manchester City, Inter Milan, and Paris Saint-Germain are the few clubs that have shown an interest in Messi.

Messi has spent his entire career with Barcelona and has managed to win Ballon d'Or six times.

Barcelona were handed an 8-2 drubbing by Bayern Munich in the Champions League quarter-final, and since then, the club has been facing a crisis.