Ivan Perisic, 30, is widely considered to be Bayern Munich's back-up option after their bid to sign Leroy Sane was derailed. 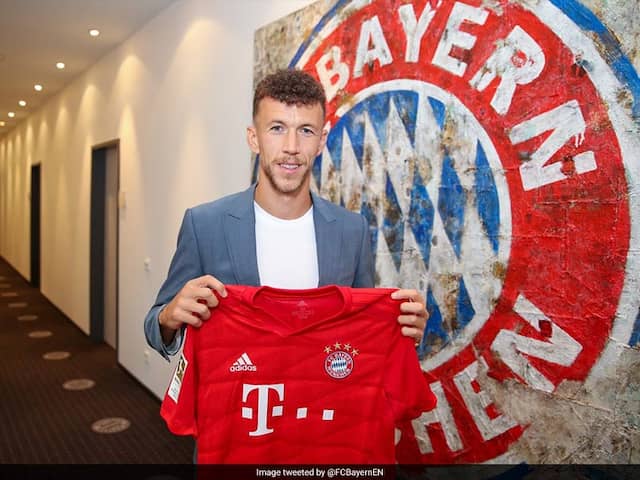 Bundesliga champions Bayern Munich have signed Inter Milan and Croatia winger Ivan Perisic on a one-year loan deal, the club confirmed Tuesday. "Ivan will help us immediately with his many years of international experience," said Bayern sporting director Hasan Salihamidzic. "He is technically gifted and flexible in attack." Perisic, 30, is widely considered to be Bayern's back-up option after their bid to sign Leroy Sane was derailed by the Manchester City winger's recent knee injury.

The 2018 World Cup finalist had already confirmed the transfer to German media after he was spotted undergoing a medical check in Munich on Monday.

According to Bild newspaper, Bayern have paid five million Euros ($5.6m) for the Croatian international, with the option to buy him outright for around 20 million Euros at the end of the season.

Perisic is a familiar name in Germany, having won the Bundesliga title with Borussia Dortmund and the German Cup with Wolfsburg earlier in his career.

"I am very happy to be back in Germany. Bayern are one of the biggest clubs in Europe. We don't want to just win the league and cup, we also want to attack the Champions League," said Perisic.

He also played under Bayern coach Niko Kovac during the latter's two-year spell as Croatia coach between 2013 and 2015.

"I am sure that Ivan will integrate quickly as he already knows the Bundesliga and Niko Kovac," added Salihamidzic.

Perisic's current contract at Inter runs until 2022, but he was reportedly set to play less of a role under new coach Antonio Conte.

At Bayern, he will provide much-needed reinforcement on the wing following the departure of veteran club icons Arjen Robben and Franck Ribery at the end of last season.

The German giants had initially targeted Sane, but turned their attentions to Perisic after the Manchester City winger tore his anterior cruciate ligament last week, potentially ruling him out until early 2020.

It remains unclear whether Bayern will still make a bid for Sane despite his injury. Yet several former Bayern players have insisted that Perisic would be more than just a plan B.

"I don't think Perisic is an emergency solution, he is a fantastic player who can help Bayern immediately and won't need any time to adjust," former Bayern captain Stefan Effenberg told Sport1.

Bayern launch their Bundesliga season at home to Hertha Berlin on Friday.

Ivan Perisic Football
Get the latest Cricket news, check out the India cricket schedule, Cricket live score . Like us on Facebook or follow us on Twitter for more sports updates. You can also download the NDTV Cricket app for Android or iOS.