Chinese Taipei coach Gary White insists that India would have struggled against his senior side. 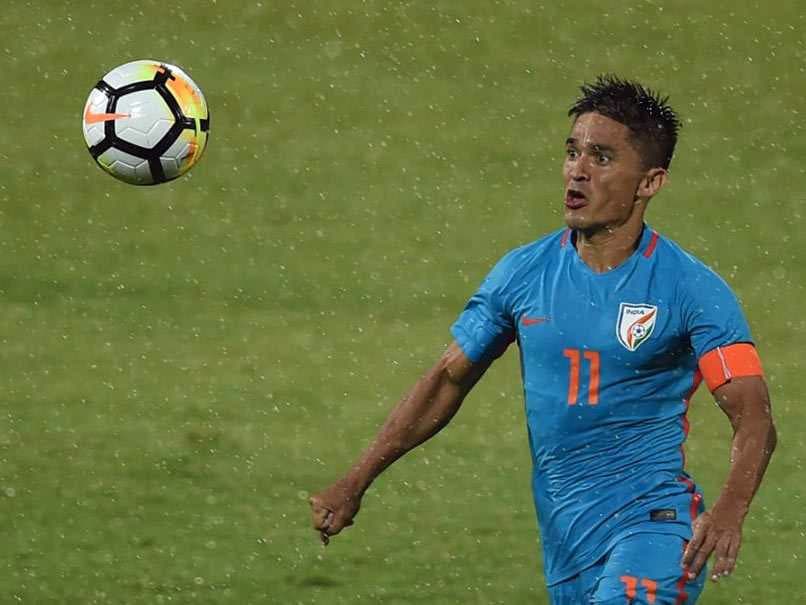 The Indian football team is highly dependent on Chhetri© AIFF

Dejected after a shambolic run in the Intercontinental Cup, Chinese Taipei coach Gary White applauded India talisman Sunil Chhetri for his hat-trick in the inaugural match against his side but asserted that India should not brag about defeating his side which contained most players from the U-19 and U-23 national team. "His (Sunil Chhetri) hat-trick is his hat-trick, fair play to him but the reality is you got to see what are you going against, with the senior player it would have been difficult. He would have not got that space," White told NDTV.com. "Credit to him because he can only perform against who he plays against. It's like the first team playing against the youth team if we would have brought our senior team," he added.

"I'm not sure if you can go bragging about beating a U-23 side and U-19 players, let's play with the senior team then let's see the difference," White said.

The 43-year-old also said that the Indian football team is highly dependent on Chhetri and a team cannot be successful relying on one player. White also mentioned that if his senior team had played, the India football legend would have been nullified. "I feel there is so much reliance on Sunil that scares me a little bit. Who comes after him that would be interesting to see. Which players step up now and start to live their own legacy because you can't run a successful programme on one player.

"I'm sure if we brought our senior team we would have nullified him (Chhetri) and that would have been a massive shock to the playing style of India. Similarly, when I was in Guam, we took him out of the game and you saw the result, we won 2-1."

The former Guam coach also revealed that he has proposed to the All-India Football Federation (AIFF) and India coach Stephen Constantine to take up the challenge to play his senior side later in 2018. "I have invited Stephen to play with us in September and October," White said.

Highlighting why he chose the youth team for the Intercontinental Cup, White maintained that it was for the preparation for the Asian Cup and the individual performances will allow him to select from a large pool of players in the future. The Englishman also pointed that he was happy with the experience his wards earned in the tournament. "Of course, it has been a great experience. The U-19 will play their Asian Cup championship in November and the U-23 will play in Indonesia in August.

"You know we hand six U-19s and three U-23 playing in this tournament, so it was an amazing experience for them.

"We couldn't bring our first team because there are numerous players playing in the clubs in China. Bringing the young players, it increases the pool of players that we are looking at now and gives a chance for youngsters to showcase themselves and get used to international football," White explained.

When quizzed about the current Indian football standard, White said: "I think its very pleasing to see the organisation has been fantastic, the professional side is getting better.

"India football is very direct, they use their physical strength against our youngsters and that really would not have worked against my senior players," White concluded.