Frank Lampard has just one season's experience in management as he led Derby to the brink of a return to the Premier League, only to fall short in the Championship playoff final against Aston Villa. 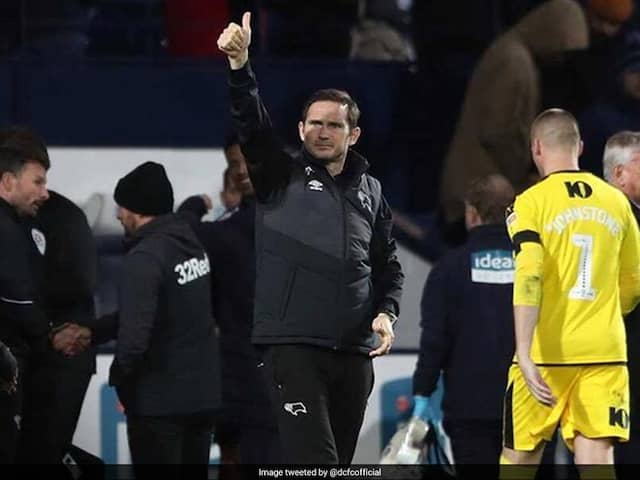 Frank Lampard's return to Chelsea as the club's new manager edged closer on Tuesday as Derby said they had granted permission for the Premier League club to conclude negotiations. "Derby County Football Club can confirm that they have granted permission for Chelsea Football Club to speak to Frank Lampard about the vacant managerial position at Stamford Bridge," Derby said in a statement.

"With pre-season fast approaching for both clubs it is hoped this will allow Chelsea to swiftly conclude their discussions."

Lampard is Chelsea's record goalscorer after netting 211 goals from midfield between 2001 and 2014 at Stamford Bridge, where he won three Premier League titles, the Champions League and Europa League in a 13-trophy haul.

However, he has just one season's experience in management as he led Derby to the brink of a return to the Premier League, only to fall short in the Championship playoff final against Aston Villa.

Chelsea have been seeking a manager since Maurizio Sarri departed to take charge of Juventus last week.

In response to Sarri's sour relationship with the Chelsea supporters, owner Roman Abramovich has turned to a fan favourite to ease the Londoners through what could be a difficult season of transition.

Chelsea are unlikely to be able to make any signings this summer as they are serving a two-window transfer ban from FIFA.

And their best player of recent times has also departed after Eden Hazard completed a 100 million euro ($114 million) move to Real Madrid.

Chelsea Derby County Football English Premier League
Get the latest Cricket news, check out the India cricket schedule, Cricket live score . Like us on Facebook or follow us on Twitter for more sports updates. You can also download the NDTV Cricket app for Android or iOS.