Wayne Rooney said his fellow professionals were "easy targets" in the wider response to the coronavirus crisis. 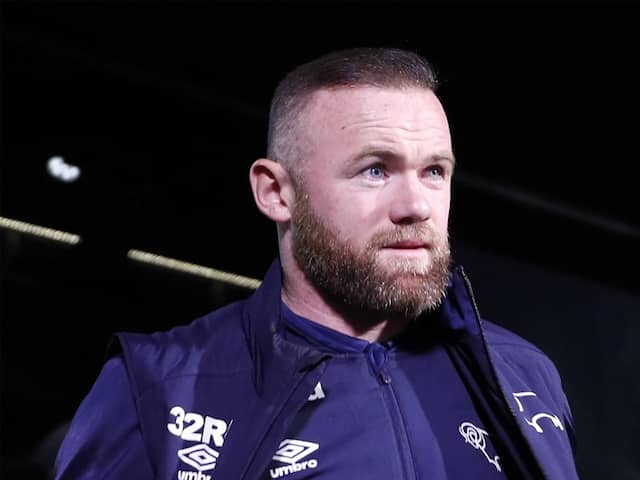 Rooney criticised the government and Premier League for placing footballers in a "no-win situation".© AFP

Wayne Rooney has criticised the government and the Premier League for placing footballers in a "no-win situation" over proposed pay cuts after a warning from players' representatives that National Health Service coffers could suffer. The former England captain, now playing with Championship side Derby, penned an impassioned column in the Sunday Times saying his fellow professionals were "easy targets" in the wider response to the coronavirus crisis. Rooney made it clear he had both the means and the will to make financial contributions, either in the form of salary reductions or direct donations to the NHS, but felt the public pressure being exerted on players was unhelpful.

The Premier League's suggested strategy involving a combination of pay cuts and deferrals amounting to 30 percent of wages, was discussed in a conference call with players' and managers' representatives on Saturday.

"If the government approached me to help support nurses financially or buy ventilators I'd be proud to do so -- as long as I knew where the money was going," wrote Rooney.

He added: "I'm in a place where I could give something up. Not every footballer is in the same position. Yet suddenly the whole profession has been put on the spot with a demand for 30 percent pay cuts across the board. Why are footballers suddenly the scapegoats?

"How the past few days have played out is a disgrace."

The Premier League has been seen as lagging behind other European leagues in its response to coronavirus and was accused by one British lawmaker of operating in a "moral vacuum".

But Rooney questioned the wisdom of the Premier League in preempting behind-the-scenes talks involving players with its own proposals for sweeping reductions.

"In my opinion it is now a no-win situation," he said. "Whatever way you look at it, we're easy targets."

England defender Danny Rose, on loan at Newcastle from Tottenham, told the BBC players were "keen to make something happen".

The Professional Footballers' Association said its members wanted to play their part but warned that a projected 30 percent salary reduction would cost the country 200 million pounds ($245 million) in lost tax receipts.

A PFA statement released on Saturday following the conference call said the combined tax on player salaries was a significant contribution to funding essential services.

"Taking a 30 percent salary deduction will cost the Exchequer a substantial sum," it said. "This would be detrimental to our NHS and other government-funded services."

A handful of top-flight clubs, including last year's Champions League finalists Liverpool and Tottenham, have opted to furlough non-playing staff using the safety net of the government's job retention scheme.

But former Liverpool players Jamie Carragher and Stan Collymore strongly criticised the move by the European champions, who in February announced pre-tax profits of 42 million pounds ($51 million) for 2018/19.

"The PL are handling the CV (coronavirus) crisis terribly," he wrote on Twitter, before outlining a checklist of perceived mis-steps including their slowness in imposing a lockdown and the "PR disaster" of furloughing.

Oliver Dowden, Secretary of State for Digital, Culture, Media and Sport said he was concerned about the way the talks had progressed.

He tweeted: "Concerned about the turn football talks have taken tonight. People do not want to see infighting in our national sport at a time of crisis.

"Football must play its part to show that the sport understands the pressures its lower-paid staff, communities and fans face."

The Premier League said on Friday that the 2019/20 season would only return when it was "safe and appropriate to do so".

England Wayne Rooney Football
Get the latest Cricket news, check out the India cricket schedule, Cricket live score . Like us on Facebook or follow us on Twitter for more sports updates. You can also download the NDTV Cricket app for Android or iOS.