Former Brazil international Fred vowed to donate a food basket for every kilometer he rides, while he has also launched an online campaign to collect donations. 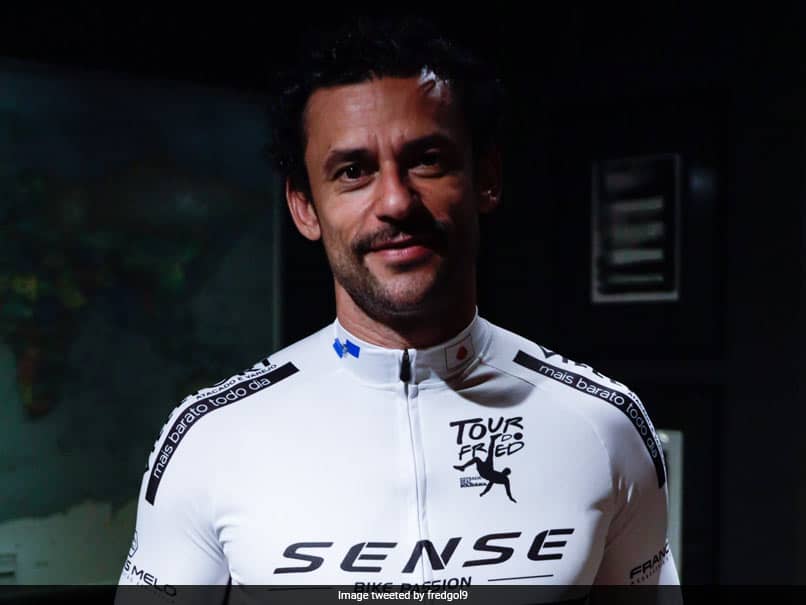 Former Brazil international Fred took off on a five-day, 600-kilometer cycle ride on Monday to come to the help of poor families affected by the coronavirus pandemic. The 36-year-old announced on Twitter his "Tour de Fred" from the south eastern city of Belo Horizonte to Rio de Janeiro, where he plays for Fluminense. He said he wants to "help 4,000 poor families" and vowed to donate a food basket for every kilometer he rides, while he has also launched an online campaign to collect donations.

Fred left at dawn on Monday and is due to take dirt tracks and small roads to avoid main highways and the potential of crowds breaking social distancing rules in coming out to cheer him on.

His final destination is Fluminense's training center close to the 2016 Rio Olympic Park.

He helped Brazil to victory in the 2007 Copa America and 2013 FIFA Confederations Cup.

Fred made his name in Europe for Lyon, helping the French side win Ligue 1 three years in a row from 2006-08.

He returned home in 2009 and won two Brazilian titles with Fluminense.

Fred was born in Teofilo Otini, close to Belo Horizonte, and began his career with local side America Mineiro.

He has also played for Cruzeiro and Atletico Mineiro, the two biggest clubs from Belo Horizonte.

Brazil Football
Get the latest updates on IPL 2020, check out the IPL Schedule for 2020 and Indian Premier League (IPL) Cricket live score . Like us on Facebook or follow us on Twitter for more sports updates. You can also download the NDTV Cricket app for Android or iOS.