Arjun Kapoor interviewed Chelsea's Brazilian star Willian but fans were left unimpressed and with some trolling him for asking "pathetic questions". Bollywood actor Arjun Kapoor, who is also the Indian ambassador for Chelsea FC, interviewed the London club's Brazilian star Willian, but fans were left unimpressed and made their feelings known. Arjun Kapoor began the interview with Willian by saying, he's "lucky enough to be sitting along side someone" whom he gets to watch on television all the time. However, fans did not like Arjun Kapoor telling Willian that "he has been in the club for a few years" when in reality, the attacking midfielder, Willian, joined Chelsea in 2013 and has made over 300 appearance for the club across tournaments in his six-year long stay so far.

Arjun Kapoor, during the interview posted by Chelsea Football Club on their official Facebook account, is also seen asking Willian if he has ever tried Indian food?

Check out the interview here:

Fans were not happy with the kind of questions Arjun Kapoor asked Willian during the interview. They also thought the Bollywood actor was trying to promote himself and his movies through the interview.

Some fans thought it was an "embarrassing" interview while others vented their anger at Arjun Kapoor being appointed Chelsea's Indian ambassador.

Check out the reactions for fans here: 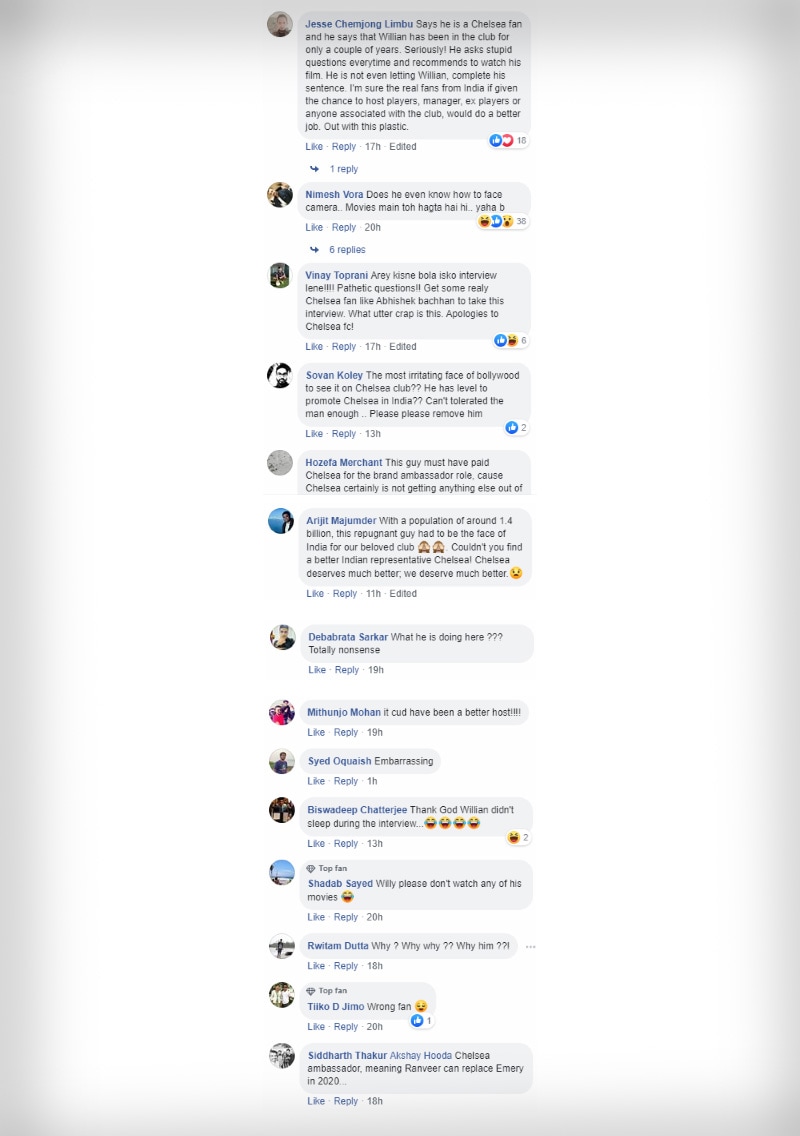 Chelsea are currently in fourth place in the Premier League table with seven wins, two draws and as many losses from 11 matches. The Frank Lampard-managed side will next take on Crystal Palace at Stamford Bridge later in the day.

Chelsea Willian Frank Lampard Football
Get the latest Cricket news, check out the India cricket schedule, Cricket live score . Like us on Facebook or follow us on Twitter for more sports updates. You can also download the NDTV Cricket app for Android or iOS.