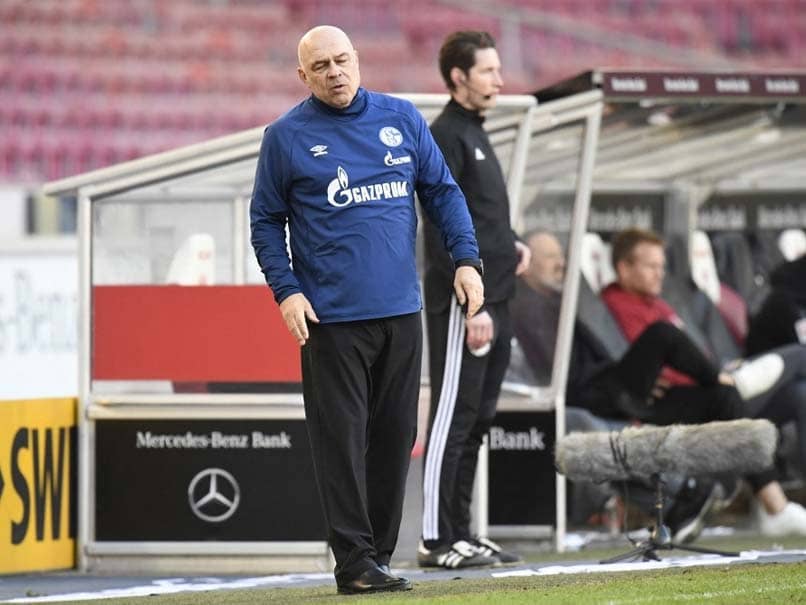 Bundesliga crisis club Schalke sacked almost their entire sporting leadership Sunday, including coach Christian Gross, after an alleged player revolt and a 16th league defeat plunged their nightmare season deeper into crisis. Coach Gross, sporting director Jochen Schneider and team coordinator Sascha Riether were all relieved of their duties in Sunday's mass clear out. "The decision had become unavoidable after results against Dortmund and Stuttgart," said Schalke chairman Jens Buchta in a statement following Schalke's 5-1 loss to Stuttgart on Saturday, a week after defeat to local rivals Borussia Dortmund.

"The team now owe it to the club and the fans to be as successful as possible in the last third of the season."

The move comes with one-time giants Schalke bottom of the league and nine points adrift of safety, having won just one of their 23 league games this season.

Having been in the Champions League two seasons ago, Schalke are now hurtling towards their first relegation since 1988.

Veteran Swiss Gross, 66, had been in the job for only two months, having taken over from interim boss Huub Stevens at the end of December to become Schalke's fourth coach this season.

Victory in his second game in charge saw Schalke narrowly avoid equalling a 54-year-old Bundesliga record of 31 games without a win, but Gross was ultimately unable to stop the rot.

The 4-0 victory over Hoffenheim remained his only win in 10 league games in charge, as Schalke remained rooted to the bottom of the table.

Reports of a player revolt against Gross' leadership surfaced in the German media last week in the build-up to Saturday's defeat.

Team coordinator Riether sought to play down the rumours, saying it was "normal that players are disappointed" but denying there was a "revolution" in the dressing room.

Yet on Sunday, both Gross and Riether were shown the door as Schalke made one last desperate bid to save their season.

The club have already begun to rebuild for the second division, handing over squad planning duties to loan director Mike Bueskens and youth director Peter Knaebel.

Two weeks ago, they announced that sporting director Schneider would leave at the end of the season, a decision which has now been brought forward.

Knaebel will now take on "overall responsibility", with support from Bueskens, Norbert Elgert and Gerald Asamoah, the club said.

A replacement for Gross as head coach is yet to be announced.